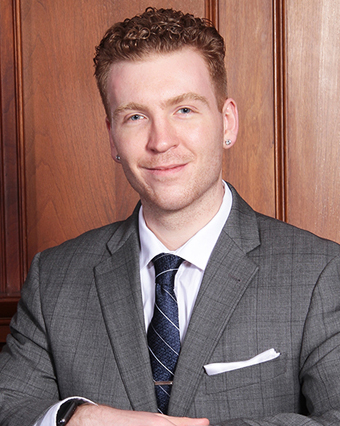 Nik joined the firm as an associate in September of 2019. Previously, he had interned as a summer associate and worked across all stages of the civil litigation process. He now concentrates his practice in the areas of trusts and estates, elder law, and personal injury. He is currently admitted to practice in the State of New York and Federal jurisdiction of the Northern District of New York.

While in law school, Nik served on the Editorial Board of the Albany Law Review as the Executive Editor of Research and Business. He spent his final two semesters of law school as a legal intern with the Office of the United States Attorney for the Northern District of New York. At the U.S. Attorney’s Office, he worked with both the criminal and civil departments and gained widespread experience in areas including federal prosecution and affirmative civil enforcement.

Our Personal Injury Practice Areas
Other Practice Areas View More Practice Areas
Recent Results
$3.3 M Jury verdict received by a Wallkill woman who suffered traumatic brain injury after plaintiff’s car is hit head-on by defendant's car.
$2.45 M Father of two, hit head-on while driving on Route 299 in Highland, NY, after a tractor trailer rear-ended another vehicle in the on-coming lane.
$2.25 M Traumatic Brain Injury/Auto Crash suffered by a woman who was rear-ended by a beer truck while waiting to make a left hand turn in Milton, NY.
$1.3 M Female driver hit head -on while driving to work, suffering broken leg, broken foot, PTSD and loss of sense of smell.
$1.3 M A 25-year old resident of Highland severely injured his back from a fall at a construction accident. A verdict in the Court of Claims in excess of $1,000,000.00 was obtained. The injury forced him to leave his occupation as a construction laborer.
$1.3 M Plaintiff was a 37 year old, undocumented worker at the time of the accident. Plaintiff fell from scaffolding sustaining numerous life altering injuries. Summary Judgment was obtained under the Labor Law.
Testimonials