5 Steps to Take After a Hit and Run Accident 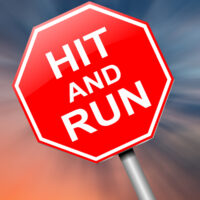 It’s already a nightmare to get hit by another driver on the road, especially when you did nothing wrong. You may be reeling after the crash, trying to pull over to the side of the road, or just making sure your passengers are safe, when you notice that the other driver who caused the crash isn’t pulling over at all, but is just driving away.

Here are some steps you should take after a hit and run crash in New York.

If you have been injured in a hit-and-run accident in the Hudson Valley area, contact the knowledgeable and determined auto accident attorneys at Rusk, Wadlin, Heppner & Martuscello LLP for a consultation on your claims.

By RWHM | Posted on September 29, 2015
Skip footer and go back to main navigation