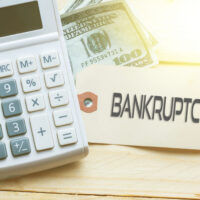 Adversary proceedings in a nutshell

An adversary proceeding is the name for a lawsuit filed within a bankruptcy case. Usually, these lawsuits relate to whether or not a debt is dischargeable (i.e., able to be written off) in bankruptcy. Either a creditor or the debtor might challenge the default assumption of whether a particular debt can be discharged. Some adversary proceedings can be filed by one creditor against another, or by the bankruptcy trustee.

Creditors may file adversary proceedings when they believe fraud occurred

Most often, creditors are the parties filing adversary proceedings against petitioners. They often claim that one of the otherwise-dischargeable debts should not be discharged because it was formed through fraud or other “willful and malicious” injury to another person or their property. Under bankruptcy law, debts formed through fraud may not be discharged. A common example is a challenge to the discharge of a credit card debt formed through fraud. The creditor may argue that the debtor had already decided to file for bankruptcy when they opened a credit card and charged a number of large purchases to it, never intending to pay the debt, which would constitute fraud. If the creditor wins their proceeding, the debt will survive the bankruptcy action and must be paid off in full.

Time limits could prevent an adversary action from being filed

If you are considering filing for bankruptcy in New York, get counsel from a skilled and experienced Hudson Valley bankruptcy attorney, and contact Rusk, Wadlin, Heppner & Martuscello, LLP for an evaluation of your case, in Kingston at 845-331-4100, or in Marlboro at 845-236-4411.