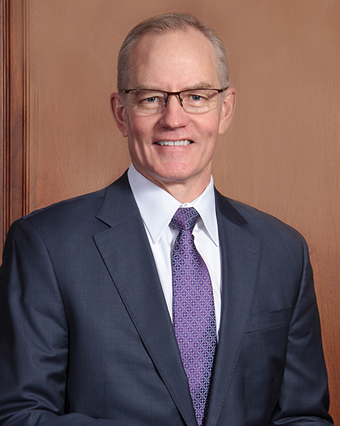 John’s practice concentrates on helping people who have suffered catastrophic injuries, traumatic brain injuries and other injuries resulting from car and truck crashes, construction accidents, dangerous premises and medical malpractice. New York Law Journal and Verdict Search have recognized John for his outstanding results in obtaining a $3.3 million dollar judgment, one of the largest ever in Ulster County and one of the 50 largest in New York State in 2010. John’s courtroom success has earned him memberships in organizations such as “Elite Lawyers of America” and “Multi-Million Dollar Advocates Forum” for winning large verdicts for his clients.

John has been successful in obtaining significant recoveries for people who have suffered traumatic brain injuries which have caused cognitive impairments. John meets with neurologists, neuropsychologists, and other health professionals to fully understand the nature and degree of his client’s injury.

John is board certified as a civil trial attorney by the National Board of Legal Specialty Certification and has been qualified to receive referrals from the Major Personal Injury Panel of the New York State Bar Association. John has been recognized by Trial Lawyers Care, the largest pro bono legal services program in history, for representing injured victims and their families who suffered injuries during the World Trade Center attacks on September 11, 2001. John has been repeatedly designated as a “Super Lawyer” by Law and Politics Magazine since 2007, which acknowledges the top 5% of lawyers in Upstate New York. John is a member of the New York Trial Lawyers Association, the New York State Academy of Trial Lawyers and the American Association for Justice. John has also been a part time Assistant District Attorney for Ulster County since 1989 and prosecutes criminal cases in the towns of New Paltz and Gardiner.

John served six years on the Committee on Professional Standards for the Appellate Division, Third Department, including one year as chairperson. The Committee investigates alleged professional misconduct by attorneys in the 28 upstate counties.

John has volunteered as the lawyer coach for the Marlboro High School Mock Trial team, which won the Orange County championship in 2007. John also volunteers his time with several church groups and community organizations.