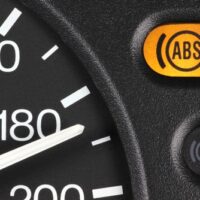 The National Highway Traffic Safety Administration (NHTSA) recently announced that some 20 automakers, representing 99% of the new car market in the US, have committed to making some form of automatic emergency braking (AEB) system standard on nearly all new cars over the course of the next several years, with a deadline of September of 2022 for full implementation.

AEB systems are not a new invention—the first iteration appeared in cars sold in the US in 2000— but have only recently become available in non-luxury car models. AEB systems are designed to bring the car to a stop after identifying an immediate collision when it appears that the driver has failed to apply the brakes, or apply them sufficiently. These systems come in several different forms: low-speed, aimed at preventing crashes occurring during lower-speed city driving; higher-speed, using long-range scanning mechanisms to identify objects in the road ahead; and pedestrian, which tracks movement and shape in objects near the vehicle to predict and avoid accidents involving pedestrians. While some vehicles only use one form, vehicles equipped with multiple forms of AEB systems are found to perform higher on safety measures. In the same family as AEB systems are front crash or forward collision warning (FCW) systems. These systems alert the driver that a crash appears to be imminent but do not have the ability to brake the car independently.

According to research conducted by the Insurance Institute for Highway Safety (IIHS), AEB systems would represent a major step forward in driver safety if widely implemented. The IIHS found that cars with an FCW system alone were involved in 23% fewer accidents that required reporting to the police. Vehicles with AEB systems were involved in 39% fewer police-reported crashes. The rate of injury crashes among vehicles outfitted with FCW and AEB went down by 42%. The IIHS estimates that if all cars on American roadways were equipped with FCW and AEB, the systems could have prevented 700,000 police-reported accidents and 300,000 injury accidents in 2013 alone.

The IIHS estimated that, in 2015, fatal crashes rose by over 8%, attributable to factors such as the increase in opportunities for driver distraction, as well as greater numbers of miles driven due to improvements in the economy. Innovations such as AEB systems have the potential to greatly reduce collisions, but individual drivers remain responsible for paying close attention to the road, and liable when they fail to do so.

If you or a loved one have been injured in a car accident or other motor vehicle crash in New York, ensure that your right to compensation for your injuries is upheld by seeking experienced legal assistance to pursue your claims. Contact a Kingston attorney for auto accidents at Rusk, Wadlin, Heppner & Martuscello for a free consultation on your case, at 845-331-4100 (Kingston), or 845-236-4411 (Marlboro).

By RWHM | Posted on April 1, 2016
Skip footer and go back to main navigation