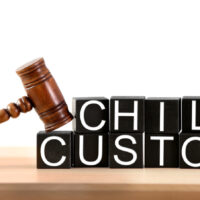 Sometimes the first agreement you reach with your ex on how you’ll handle sharing custody after a break-up becomes unworkable over time, and you decide to request a modification to your court-ordered custody agreement. In doing so, many parents make several critical mistakes that can doom their applications. Learn about common ways that modified custody agreements fail, and contact a seasoned New York family law attorney for help filing your own request to modify a custody order.

If you’re seeking to have an existing court order changed, the judge will want to see evidence that you’ve complied with the terms of the previous order. Have you been timely to drop your children off after their visits with you? Have you had to request frequent modifications to plans? Do you often miss scheduled visitation with your kids in favor of work obligations or personal trips? Do you regularly make your support payments? Courts will not look kindly on applicants for modified agreements who seem uninterested in following the existing rules.

You have not shown substantially-changed circumstances

In New York, family courts are reticent to alter custody agreements, due to the strain that an upended routine and living arrangement can place on the child. Unless extraordinary circumstances are present, such as evidence of abandonment, neglect or abuse, courts will only modify a custody agreement per a parent’s request where there have been substantial changes to a parent’s circumstances. This can include forced relocation for work, a serious medical condition, remarriage, or loss of a job. You’ll need to produce evidence to the court that these changes have had a profound effect on your ability to comply with the existing custody order. If the agreement has simply become inconvenient, or you haven’t come to court prepared with evidence of why the change in circumstances is substantial, the court is likely to reject your request.

It isn’t always easy to accept that a relationship has come to an end. Some parents refuse to do so, and they will use their divorce or custody litigation as a way to either seek revenge or continue contact with an ex. While this is always a costly and stressful way to stay a part of your ex’s life, it can be especially harmful when it involves your child’s well-being. Don’t use your children as a football in the game between you and your ex; try instead to always keep their best interests front of mind.

For assistance with a custody dispute in New York, contact the knowledgeable, compassionate and effective Hudson Valley family law attorneys at Rusk, Wadlin, Heppner & Martuscello, LLP for a consultation, at 845-331-4100 (Kingston), or at 845-236-4411 (Marlboro).