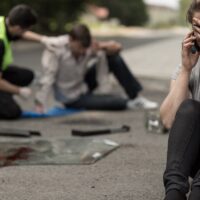 An opinion released by the New York Appellate Division discusses whether a claim for money damages related to an auto accident should go forward in court, focusing on whether or not the claim met New York’s injury threshold. The case provides an example of the sorts of evidence courts will consider and to which they’ll give weight when a defendant requests early dismissal of a car accident injury case.

First, some background on New York’s injury threshold law: Under New York Insurance Law § 5102, car accident victims may not sue for money damages in court unless they can show that they incurred an economic loss of $50,000 or more as a result of the accident, or that they suffered a serious injury.

The law offers several ways to prove that an injury should be considered “serious,” including where the injury resulted in:

In the case of DaCosta v. Gibbs, the trial court had granted the defendants’ motion to dismiss the plaintiff’s claims with a motion for summary judgment. The defendants had argued that the court could already determine, based on the evidence before the court, that the plaintiff’s injuries were not “serious” under the law. The plaintiff had complained of injuries to her lumbar and cervical spine, as well as an injury to her hand. However, one of the conditions for which the plaintiff had required treatment was scoliosis, which necessarily must have existed prior to the accident. The defendant presented evidence in the form of testimony from an orthopedist who had examined the victim and found full range of motion in the spine, as well as testimony from a neurologist who stated that injuries to the victim’s hand weren’t related to the accident. Additionally, the defendants noted that they could not be held liable for treatment of conditions which existed prior to the accident.

If you have been hurt in a serious car or truck accident in New York, make sure that you receive the full compensation you’re owed for any injuries related to that accident. In the Hudson Valley, contact an auto accident attorney of Rusk, Wadlin, Heppner & Martuscello for a consultation on your case, at 845-331-4100 (Kingston), or 845-236-4411 (Marlboro).