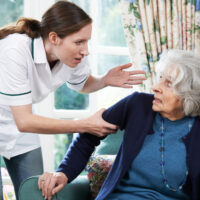 The Centers for Medicare and Medicaid Services (CMS) has recently announced a change in its rules that will advance the rights of nursing home residents and their families. Under the changed rule, residents and patients can no longer be forced to arbitrate their claims, and will have the right to take their claims to court.

Forced private arbitration is an increasingly common clause in consumer contracts. You may not realize it, but many of the “terms and conditions” to which you agree, either by signing your name or clicking a box on a website, include an arbitration agreement that bars you from filing a claim in court if you have a dispute with that company. The new rule passed by the CMS prohibits nursing homes and long-term care facilities which receive federal funding from contractually compelling residents or their families to arbitrate claims against those facilities when disputes arise. Since nearly all nursing home and rehabilitation facilities receive federal funds, this will effectively bar all nursing homes from forcing patients and residents into arbitration rather than court.

While forced arbitration can have negative implications for patients and consumers across the board, private arbitration is particularly predatory and dangerous for residents of nursing homes and long-term care facilities. According to a study comparing the average awards for successful plaintiffs who file their claims in court and those who are forced into arbitration, claimants tend to receive awards that are 35% lower when they’re forced into arbitration. Abuse and sub-par treatment of elderly and disabled residents is not uncommon. These residents often lack the ability to speak up for themselves. When these claims do come to light, forcing them into a private forum rather than allowing injured residents to have their day in court allows dangerous or negligent facilities to hide their wrongdoing from the public. Nearly a third of licensed nursing homes have, within the past three years, been cited for violating a federal standard that could cause harm to their patients and residents. The public deserves to know about the victims of this sort of wrongdoing, and victims deserve to have their day in court.

The rule is scheduled to go into effect in November of 2016. The rule will only affect new residents and other patients of nursing homes and care facilities, rather than applying retroactively to existing residents’ contracts. Due to the growing population of nursing home residents, the changed rule will still have a major impact. Currently, there are just under 1.5 million Americans living in nursing homes and long-term care facilities. That number is expected to double by the year 2030, if not becoming even greater. This rule will help to ensure that dangerous or abusive facilities have their feet held to the fire in court, rather than hiding incidents of neglect and abuse in private hearings.

If you or someone you love has been the victim of neglect or abuse in a nursing home or long-term care facility in New York, contact the compassionate, determined, and effective Hudson Valley nursing home abuse lawyers at Rusk, Wadlin, Heppner & Martuscello, LLP for a consultation on your case, at 845-331-4100 in Kingston or 845-236-4411 in Marlboro.