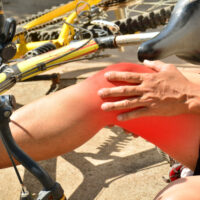 The City of New York has been deemed partially responsible for a young boy’s injuries, suffered while he rode his bike on a busy Brooklyn street. The Court of Appeals, New York’s highest court, ruled that the City’s inaction in the face of reports that the street was unsafe was a breach of its duty to maintain safe roads, leading in part to the serious bicycle accident.

The Court of Appeals’ recent ruling was in the case titled Turturro v. City of New York. The plaintiff accident victim was a 12-year-old boy riding his bike along Gerritsen Avenue in Brooklyn. He was struck and thrown from the bike by a driver traveling at 54 mph in a 30 mph zone. The boy suffered a serious traumatic brain injury and spent the following five months in a coma. The boy’s family filed a lawsuit on the boy’s behalf, suing both the at-fault driver (who faced criminal charges independent of the civil lawsuit), and the City of New York. The plaintiff argued that the city had long been receiving complaints from local residents that drivers sped along that stretch of Gerritsen Avenue, and that there were ways that the city could have acted to reduce the amount of speeding that occurred on the street. The trial court found that the at-fault driver was 50% responsible for the boy’s injuries, that the city was 40% responsible, and that the boy was 10% responsible. The plaintiff was awarded $36 million in damages. The defendants appealed the decision. The Appellate Division affirmed the verdict in favor of the plaintiff, but reduced the award of damages to $20 million. The City of New York appealed the decision to New York’s highest court.

The Court of Appeals affirmed the verdict for the plaintiff. The court’s opinion explained that cities normally have what’s called “qualified immunity.” Qualified immunity means that a government entity cannot usually be sued for negligently performing a governmental function such as designing or maintaining roads or otherwise providing for public safety. However, if a municipality is made aware of a dangerous condition on a given stretch of road, that city has a duty to investigate these reports, make a decision about whether something can be done to alleviate the condition, and periodically ensure that any traffic plan it implements remains the best option. In this case, the court concluded that, despite repeated complaints, the city failed to conduct a study on what efforts might calm traffic along Gerritsen Avenue, and failed to take measures that experts asserted would have caused traffic to slow down. For this reason, the City of New York was found to have been responsible in part for the accident that caused the young boy’s injuries, and is liable for a portion of the boy’s damages as a result.

If you or someone you love has been the victim of an accident and believe that a government entity may be partially or totally responsible for the accident, contact the seasoned and knowledgeable Hudson Valley personal injury lawyers at Rusk, Wadlin, Heppner & Martuscello, LLP for a consultation on your case, at 845-236-4411 (Marlboro), or 845-331-4100 (Kingston).