Claim Based on Assault by Co-Employee Can Proceed to Trial 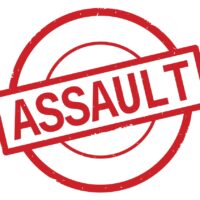 A case before the New York Appellate Division required the judges to decide whether an employee who was assaulted by another employee could pursue a personal injury claim against the violent coworker after receiving workers’ compensation benefits. The case, titled Montgomery v. Hackenburg, centered on a very unfortunate use of a golf club.

Plaintiff William Montgomery was a locker room attendant at the Glens Falls Country Club, where defendant Richard Hackenburg was the general manager. At the time of the incident resulting in his injuries, Montgomery was in the club’s pro shop, watching as one of the club’s professionals assembled some clubs. Hackenburg entered the pro shop, picked up a club and, according to Montgomery, raised the club shaft so that it hit Montgomery in the left testicle. Hackenburg later testified that he had only accidentally hit Montgomery in the groin, and that the contact was not excessive. Montgomery stepped back, experiencing an enormous amount of pain, and testified that Hackenburg laughed and left the room. Hackenburg explained that he did not realize at the time of the incident that Montgomery had been injured. Unfortunately, Montgomery needed emergency medical attention and was required to have his left testicle surgically removed after the incident.

Claim against coworker for injuries

Montgomery collected workers’ compensation benefits after the incident, since the injury occurred in the course of his employment. He also filed a lawsuit against Hackenburg for damages related to his injuries. Hackenburg filed a motion to have Montgomery’s claims dismissed, arguing that Montgomery could not file a private lawsuit, but could only collect workers’ compensation benefits since the injury happened on the job.

On-the-job negligence not the same as intentional assault

Typically, when an employee is injured on the job and those injuries are caused by another employee’s negligent conduct, the injured employee will be limited to collecting benefits under their employer’s workers’ compensation insurance. This is in line with the general rule that employees may not sue for workplace injuries unless special circumstances apply. However, one such special circumstance is when the injuries stemmed from an intentionally violent or wrongful act by a coworker. In such cases, the Appellate Division explained, courts should assess whether the employee was acting “within the scope of his or her employment” when the incident occurred, or whether they were “engaged in a willful or intentional tort.” In the latter case, injured employees are able to seek damages against the coworker who intentionally inflicted harm. In other words, injuries caused by a coworker at a shipping company negligently loading a truck would be unlikely to support a claim for money damages, since truck loading is a part of that person’s job. However, if the coworker deliberately and strategically loaded cargo so that it would topple over onto the intended victim, the victim could pursue a claim against the violent coworker. The courts in Montgomery v. Hackenburg have denied the defendant’s move to dismiss the case and are allowing it to proceed.

If you’ve been injured on the job in New York, find out if you have a claim for damages by contacting the seasoned and trial-ready Hudson Valley personal injury lawyers Rusk, Wadlin Heppner & Martuscello for a free consultation, in Kingston at 845-331-4100, or in Marlboro at 845-236-4411.