Construction Fatalities and Code Violations on the Rise in New York 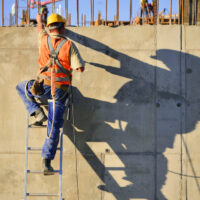 Construction work involves risk of injury to workers under even the best of circumstances. However, when subcontractors and job site managers fail to consider the safety implications to workers on the job site or ignore important regulations mandating safety protections for workers, those risks to workers can become even more substantial. A recent report has revealed that construction worker fatalities across the state of New York are growing, and that, unsurprisingly, more and more employers are violating important safety regulations and code requirements.

The report, released by the New York Committee for Occupational Safety and Health (NYCOSH) explained that in the past two years, 30 workers were killed on job sites in New York City, and 500 workers have died in the past ten years within city limits.

NYCOSH reports that it discovered safety violations during over 68% of all its site inspections in 2014. The US Occupational Safety and Health Administration (OSHA) had even more dismal findings, reporting that at 90% of all the job sites OSHA inspected after a fatality occurred had existing safety violations. The report also stated that workers on non-union construction sites were at an especially high risk of injury. Despite New York’s stringent laws protecting those who work on ladders, scaffolding, or otherwise at a height, a federal Bureau of Labor Statistics report revealed that 49% of all fatal injuries in New York City, and 59% of fatal injuries across the state of New York, were the result of falls.

In a press release, executive Director of NYCOSH Charlene Obernauer said, “we need to take action now to end the crisis of rising construction fatalities in New York. These deaths are almost always preventable and occur on non-union job sites 80% of the time.”

The NYCOSH has suggested several changes that could improve these statistics and reduce the chance of harm to New York construction workers. First, the safety body recommends that more construction workers participate in OSHA 10 training, which instructs workers on how to avoid injury from ten of the most hazardous jobsite conditions. The NYCOSH also recommended certain changes to New York legislation, such as a law that would require jobsite insurers to be transparent regarding their financial ability to pay claims, and a law that would provide a way to penalize contractors whose negligent conduct results in fatal injuries to a worker.

If you’ve been injured on a New York jobsite, find out if you have a claim for compensation for your injuries by contacting the knowledgeable and dedicated Hudson Valley construction accident lawyers at Rusk, Wadlin, Heppner & Martuscello, LLP for a consultation, at 845-236-4411 (Marlboro), or 845-331-4100 (Kingston).

By RWHM | Posted on February 15, 2017
Skip footer and go back to main navigation