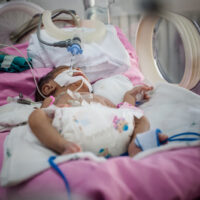 A recent decision from the Appellate Division of the New York Supreme Court has denied a motion for summary judgment which would have dismissed the medical malpractice claim brought by a mother on behalf of herself and her infant daughter for injuries received during pregnancy and birth. The First Department of the Appellate Division found that sufficient factual support existed for the claims on behalf of the mother and daughter for the case to move forward toward trial.

The case, Destiny H. v. Bronx Lebanon Hospital, was based on medical care issued to the mother, Carmen J., both before and during the birth of her daughter, Destiny. In the 37th week of Carmen’s pregnancy, she developed gestational hypertension. While this condition, a form of high blood pressure developed by pregnant women, can often be treated and managed, it can also become extremely dangerous to both the mother and fetus. Gestational hypertension can result in, among other things, hypoxia, which is a reduction in the amount of oxygen reaching the placenta and fetus that can cause permanent neurological damage. Despite the development of this condition so late in the pregnancy, the doctors caring for Carmen declined to try to deliver the baby early. Still carrying the baby a week after her due date, and finding that the baby appeared to be struggling to survive in utero, Carmen’s doctors induced labor rather than perform a C-section. The infant was born with sections of brain atrophy, and experienced seizures two days after birth.

Carmen filed a lawsuit for medical malpractice on behalf of herself and her infant. Carmen’s lawsuit argued that, had her doctors been following standard medical practice for someone with her condition, they would have performed a C-section upon diagnosing her with gestational hypertension or at least have performed a C-section when she had still failed to deliver her baby a week after its due date, and that these departures from standard practice resulted in the baby’s injuries and trauma.

Two of the defendant doctors filed a motion to dismiss Carmen’s lawsuit, using testimony from a medical expert to argue that their decisions were not a departure from standard procedure. Carmen’s attorneys presented their own medical experts to counter the defendant doctor’s expert testimony. According to the plaintiffs’ experts, scans taken of the fetus prior to the doctors inducing labor showed signs of brain damage that the doctors had overlooked, which would have been caused by a hypoxia-related condition. Another expert testified to evidence that the infant suffered brain trauma during the induced delivery. The trial court denied the motion to dismiss, and the Appellate Division upheld this decision, so that Carmen’s claim will move forward toward trial.

If you or someone you love has been the victim of medical malpractice, or experienced a birth injury in New York, contact the Hudson Valley birth injury attorneys at Rusk, Wadlin, Heppner & Martuscello for a consultation on your case, in Marlboro at 845-236-4411, or Kingston at 845-331-4100.