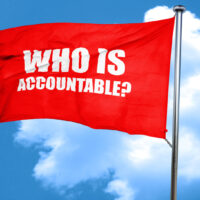 The Appellate Division of New York recently considered the claims of a worker who was left injured by a fall while working on a residential construction project. While a lower court had dismissed his claims, the Appellate Division found that the man could pursue a lawsuit against the agent of the homeowner.

The case, titled Abdou v. Rampaul, was based on an accident occurring on a construction project on a single-family residence. Aly Aly Abou Abdou had been sent by his employer to help complete renovations on the home of Kathleen and Mervyn Rampaul. While Kathleen was the owner of the home, Mervyn had signed the contract with Abdou’s employer. Mervyn had also been on the job site every day to bring materials and inspect the work Abdou had completed. It was Mervyn who had supplied a scaffold and safety belt which he had instructed Abdou to use to complete a portion of the job. Unfortunately, the scaffold was defective, causing Abdou to fall and suffer injuries.

Abdou filed a lawsuit against both Kathleen and Mervyn Rampaul, making claims under New York’s Scaffold law, Labor Law §240(1), and the Safe Place to Work law, Labor Law §241(6). The Rampauls filed a motion to dismiss Abdou’s claims, arguing that they were exempt from liability under these laws based on the fact that they were homeowners of a single-family residence and not subject to liability for those types of injuries. The trial court dismissed Abdou’s claims, and Abdou appealed.

Most owners of single or even two-family homes are not substantially involved in the construction projects occurring on their property. Instead, they hire a contractor to direct the work on their behalf, and generally absent themselves from the property while the actual work is occurring. Owners of multi-family dwellings or commercial properties, on the other hand, are held responsible for the safety of work occurring on their property, as they are presumed to be savvier about commercial construction work and the need to hire responsible contractors who treat worker safety as a priority. Since homeowners tend not to be responsible for creating any dangerous conditions on a job site, even though they own that property, they won’t often be held financially liable when a worker is injured. The Appellate Division explained the homeowner’s exemption as follows: “The homeowner’s exemption was enacted to protect owners of one­ and two­family dwellings who are not in a position to realize, understand, and insure against the responsibilities of strict liability imposed by Labor Law §§ 240(1) and 241(6).” (internal citations omitted.)

That said, an agent of a homeowner may be held liable when a worker is injured on a job site. Courts define “agent” as someone with “supervisory control and authority over the work being done where a plaintiff is injured.” Abdou argued that Mervyn was an agent on the job site, as he had the authority to give Abdou instructions and regularly supervised his work. The Appellate Division agreed with Abdou. Since the claims against Kathleen did fall under the exemption for homeowners, those claims were not reinstated, but the Appellate Division did allow Abdou’s claims against Mervyn to proceed forward to trial.

If you’ve been hurt on a job site in New York, find out if you have a claim for money damages by contacting the knowledgeable, dedicated, and trial-ready Hudson Valley construction accident lawyers at Rusk, Wadlin, Heppner & Martuscello, LLP for a consultation, at 845-331-4100 in Kingston, or at 845-236-4411 for our office in Marlboro.