Debt Settlement Companies Not Always a Good Alternative to Bankruptcy 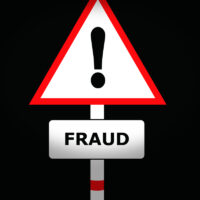 Being deep in debt can be a scary time. You may be feeling desperate to find a solution, eager to find an alternative to bankruptcy that will not harm your credit. Unfortunately, there’s no such thing as an easy way out of debt, and companies stating otherwise are rarely telling you the whole story. If you’ve been considering working with a debt settlement or debt relief company, make sure you understand the risks involved, and consider speaking with a skilled New York bankruptcy attorney to make sure you aren’t at risk of becoming a fraud victim.

What debt settlement companies do

Debt settlement is, in and of itself, a useful tool for some debtors, but it won’t work for everybody. Debt settlement companies, also known as debt relief companies, will offer their services as negotiators with creditors on your behalf. They will often claim to be able to bargain your creditors down to a much lower lump sum payment, which you can pay off in installments over the course of the next few years. These companies will instruct you not to make payments directly to your creditor during this time. Some companies will charge a fee when you first enlist their services, assuring you that they can obtain a lower lump settlement of your debts.

It sounds like a great deal to pay only a portion of what you owe rather than the whole amount. Plus, who wouldn’t rather do so without incurring the harm to your credit that can come from filing for bankruptcy? Unfortunately, debt settlement is not often this simple. These companies frequently fail to explain that they may not be able to obtain a settlement on your behalf, even though they’ve already charged you for this service. Debt settlement companies often fail to explain that, when you stop making payments to your creditors, you may continue to accrue late fees and penalties, and even become subject to a lawsuit for the amount of your unpaid debt. This can be especially problematic if you aren’t able to keep up with the monthly payments on the lump settlement amount, forcing you to return to paying your creditors directly. These factors can all have a very damaging effect on your credit score, without helping you address your debt. Rather than take a risk on a debt settlement company, speak with a skilled consumer attorney who can attempt to negotiate your debt down on your behalf first, but who is ready to file for bankruptcy should debt settlement attempts fail.

For assistance with a claim for bankruptcy in New York, contact the trustworthy, effective, and dedicated Hudson Valley bankruptcy lawyers at Rusk, Wadlin, Heppner & Martuscello, LLP for a consultation, at 845-236-4411 (Marlboro), or 845-331-4100 (Kingston).