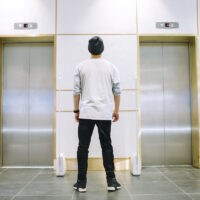 Whenever a lawsuit is filed, both sides of that lawsuit are required to preserve any evidence they have in their possession that might be relevant to the case, even if that evidence might end up being detrimental to them. Since a defendant to a lawsuit might have strong motivation to destroy evidence that could make the case against them, courts have the power to impose penalties against parties who commit what’s known as “spoliation of evidence”—destroying or concealing relevant evidence that they knew they should have preserved. One recent decision in a New York Supreme Court case imposed sanctions against a property owner who concealed or destroyed video footage of a trip-and-fall of an injured plaintiff.

The case of Dzidowska v. Related Cos. involved a woman who was injured in a fall when the elevator she was entering jumped up several inches, tripping her as she stepped over the threshold. The injured woman, Barbara Dzidowska, smartly approached the building’s management company (The Related Companies, or “Related”) several days later and requested a copy of any surveillance camera footage from the elevator and lobby on the day of the accident. Related did not respond to this request. Several days later, Dzidowska submitted a more formal written request that Related preserve any video footage for eventual production in the course of a lawsuit. Nevertheless, when Dzidowska filed a lawsuit and requested that the videos be produced, Related produced only a brief video from the lobby of the building, and none from the elevator itself, nor any from the hours leading up to the lawsuit.

Proving that building owners are responsible for injuries caused by a malfunctioning elevator requires a plaintiff to show more than that the elevator malfunctioned and that the malfunctioning elevator caused the plaintiff’s injuries. The plaintiff needs to prove that the property owner either knew or should have known that the elevator malfunctioned, and that despite this knowledge, had failed to take necessary steps to have the elevator repaired. Evidence like video footage from the lobby and elevator both leading up to and during an accident could prove vital in making a case for this sort of liability. For example, property owners might say that they did not know that the elevator was malfunctioning, but be shown to be lying if video footage shows building staff observing the elevator malfunction earlier that day. In this case, the court imposed the sanction of a negative inference, meaning that, during the trial on Dzidowska’s injury claim, the jury should assume that the destroyed video surveillance footage would have been detrimental to Related’s defense and supported Dzidowska’s claims. This case goes to show the importance of having an attorney who will fight corporations for the evidence you’re entitled to in support of your claims, and will see to it that dishonest defendants pay a price for breaking the rules to avoid paying you for your injuries.

If you are the victim of an injury in New York, contact the dedicated and skillful Hudson Valley personal injury lawyers at Rusk, Wadlin, Heppner & Martuscello for a consultation on your claims, at their offices in Kingston at 845-331-4100, or in Marlboro, at 845-238-4411.

By RWHM | Posted on March 2, 2016
Skip footer and go back to main navigation