Do I have a Malpractice Claim for Late Diagnosis of My Condition? 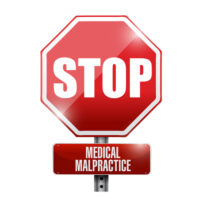 Patients necessarily put a great deal of trust in their doctors to identify and treat the injuries or illnesses they are suffering from. Without having good cause to seek a second opinion, many of us trust our doctors’ assessment of our condition. However, a doctor’s failure to diagnose a serious medical condition, such as a stroke, appendicitis, or cancer, can have serious and even fatal consequences. Below, learn more about lawsuits for late or missed medical diagnoses.

Patients who believe that they might have had a better outcome had their doctor earlier diagnosed their condition will need to prove three key elements in order to recover damages for a late or missed diagnosis:

If you believe you were the victim of medical malpractice in New York, ensure that you receive the compensation you deserve for the harm you suffered by contacting the knowledgeable and experienced Hudson Valley medical malpractice lawyers at Rusk, Wadlin, Heppner & Martuscello for a consultation on your claims, at 845-331-4100 in Kingston, and 845-236-4411 in Marlboro.