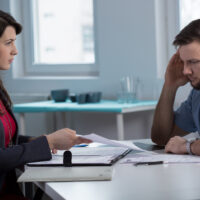 Typically, when two cars are in an accident, the responsible parties for the accident can be found among those who were actually in the accident. While it may not be entirely one person’s fault that the accident occurred, the blame for the crash doesn’t usually go farther than those who were directly involved. On limited occasions, however, the court will find that someone who wasn’t in the crash—who was nowhere near the accident—deserves some or all of the blame for the crash because of their failure to adequately do a job they were legally obligated to do. In a recent decision from New York’s highest court, the justices found that a doctor is obligated to warn a patient if drugs the doctor administers to the patient might impair that patient’s ability to drive, and if the doctor fails to do so and the patient is in a crash, that doctor may be obligated to compensate any victims.

The case in question is Davis v. South Nassau Community Hospital. In this case, a woman named Lorraine Walsh drove herself to the hospital one morning for severe pain she was experiencing. At around 11am, she received two powerful pain drugs via IV. However, despite knowing, or being able to find out, that Walsh had driven herself to the hospital that day, the hospital’s employees failed to notify her that the drugs she was given could make her unsafe to drive. At around 12:30, Walsh was discharged and began driving toward her home. Within minutes, she crossed over the double yellow line and into a bus, injuring the bus driver Edwin Davis. Witnesses reported that Walsh seemed confused and inebriated at the time of the accident. Davis sued the hospital and Walsh’s treating doctors for the costs of his injuries, claiming their failure to advise Walsh of the risks of driving resulted in his injuries. The hospital successfully sought to dismiss these claims in the trial court, arguing that they did not have any legal responsibility to Davis, only to their patient. The Court of Appeals disagreed with the hospital and reinstated Davis’ claims.

The court explained that, generally speaking, only parties to an accident should be held responsible for that accident occurring, and not third parties who weren’t present. However, the court reasoned, third parties will be considered to have had a legal duty to prevent harm when those third parties are the ones best suited to prevent a particular harm from occurring. Normally, an at-fault driver would be the one best suited to prevent the accident. Here, the driver wasn’t aware that she would not be able to give her full mental capacity to the task of driving, and became incapacitated for a reason she couldn’t predict, and the party that would have been able to predict this incapacity was the doctor. Thus, the doctor can be found to owe money damages to the bus driver for failing to take action to prevent the harm—namely, by notifying Walsh that the drugs they administered made her unsafe to drive.

If you have been hurt as a result of someone else’s negligent behavior, contact a skilled traffic accident lawyer at the offices of Rusk Wadlin Heppner & Martuscello for a free consultation on your claims, at 845-331-4100 in Kingston or 845-236-4411 in Marlboro.