Can I Drive if I Have Narcolepsy? 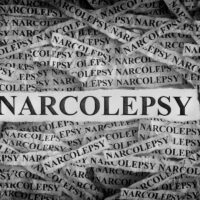 Advocates for driver safety and government officials identify drowsy driving as one of the biggest dangers on roadways in New York and around the country.  Narcolepsy is a brain disorder that causes people to suffer from chronic daytime drowsiness and fall asleep suddenly.  Safety regulations are intended to strike a balance between preserving the rights of people with a medical disability and preserving the safety of other people who may be affected.   Do people with narcolepsy pose such a safety risk that they should not be permitted to drive? Learn below about how narcolepsy affects your driving privileges, and reach out to a knowledgeable New York car accident attorney for help after a car crash in the Hudson Valley.

Narcoleptic Drivers Can Drive, With Exceptions

Rules on medical conditions that will prohibit you from obtaining a driver’s license vary by state.  In Rhode Island, for example, drivers with narcolepsy do not have any difficulties obtaining a license–they are not even required to disclose the narcolepsy.  New York law is a bit different but still does not call for the outright banning of narcoleptic drivers.

In New York, individuals must report if they have ever received treatment or taken medication for any “condition which causes unconsciousness or unawareness.”  That includes narcolepsy. Individuals who answer the question in the affirmative are not outright prohibited from driving.  Instead, they must take medication and must certify that they have been symptom-free for a certain period before they are allowed to obtain a driver’s license.  According to the Huffington Post, under current New York law, a narcoleptic individual must have been symptom-free for at least a year before getting a license.  If you have narcolepsy and you have had an episode in the last year, then you unfortunately cannot get a driver’s license in New York.  You must answer the same questions every time you renew your license, so any new narcoleptic episode may mean that the State can revoke your license.

It is important to be honest when filling out such DMV forms.  If you have undisclosed narcolepsy and you cause an accident, you may be subject to massive civil liability and even potential criminal liability.

If you or someone you love has been hurt in a car crash in New York, find out if you have a right to compensation for your injuries by contacting the dedicated, talented and detail-oriented Hudson Valley personal injury lawyers at Rusk, Wadlin, Heppner & Martuscello, LLP for a free consultation at 845-331-4100 (Kingston) or 845-236-4411 (Marlboro).