Employer May Be Responsible for Injuries Caused by Employee, Even After Hours 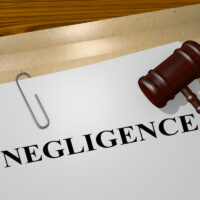 A recent decision by a Nassau County judge has shed additional light on the question of when an employer can be held liable for an employees’ wrongful acts; the decision offers a chance for compensation to a now-incapacitated woman injured in an accident.

The decision in question was issued in the case titled Fontana v. New Econo Laundromat, Inc. Diosmi Miguelina Beltre (represented in the lawsuit by a guardian named Miguel Fontana, due to her incapacity) was hit by a truck as she was crossing Marcus Avenue in New Hyde Park on the evening of November 14, 2011. Kyung Bae was the driver of the truck, which he drove for his job for New Econo Laundromat (“New Econo”), a business in which he owned 40% of the shares, and in which his brother, Wook Hyun, owned a 60% majority of the shares. The truck Kyung drove was registered to Wook Hyun, to the address of the industrial building in which New Econo conducted its business. At the time of the accident, Kyung explained that he had just been shopping for lightbulbs, and was on his way to a restaurant.

Fontana, acting for Beltre, filed a lawsuit against Bae and New Econo for Beltre’s injuries. New Econo was deemed responsible for Beltre’s injuries under the legal theory known as respondeat superior. This theory states that, when an employee injures someone in an accident while acting in the scope of their job duties, such as while running an errand for their employer, then the employer can be held liable for those injuries and forced to compensate the victim.

New Econo filed a motion for summary judgment to dismiss it from the suit, which would limit Beltre to seeking damages from Bae alone and possibly being unable to recover the full cost of her injuries. New Econo argued that, since the accident happened after business hours, while Kyung was shopping and conducting other personal tasks, and since the truck was not owned by New Econo, it should not be held responsible for Beltre’s injuries, since respondeat superior does not cover injuries caused by employees who aren’t on the clock or carrying out job-related tasks.

The court disagreed. The judge explained in his opinion that normally employers aren’t responsible for accidents that occur while employees are driving to or from work, nor for accidents occurring after employees are no longer on the clock. However, when employees are driving company trucks home from their last job-related appointment for the day, employers are often still held liable. Here, the judge noted that the lightbulbs Kyung had purchased were of the same type used in New Econo’s laundromat, and that it appeared that the truck was, in fact, a New Econo company vehicle, even though it was not registered to the company. Since it seemed very possible that Kyung could be considered to have been acting within the scope of his job for New Econo when the accident occurred, the judge denied New Econo’s motion and allowed the lawsuit against both the company and driver to move forward.

If you or a loved one have been hurt in an accident in New York, ensure you’re fully compensated for your injuries by consulting with the knowledgeable and dedicated Hudson Valley personal injury lawyers at Rusk, Wadlin, Heppner & Martuscello, with convenient offices in Kingston (845-331-4100) and Marlboro (845-236-4411).