Failure to Yield Results in Liability for City 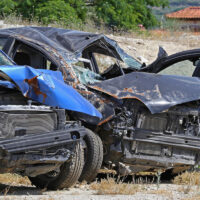 In a recently-issued decision in the case titled Fuertes v. City of New York, the Second Department of the New York Appellate Division ruled that a vehicle that failed to yield at a two-way stop was found to bear full responsibility for the resulting collision. The case addresses the applicability of comparative fault where the drivers involved in an accident have different duties to act.

The plaintiff, Hugo Fuertes, was driving west through an intersection with a two-way stop when the accident occurred, on the street which was not governed by a stop sign. Traveling on the cross street, which was governed by a stop sign, was a sanitation truck driven by Darrell Lindo. Lindo claimed to have come to a stop before traveling through the intersection. Fuertes collided with the sanitation truck, and filed a lawsuit for his resulting injuries.

Fuertes argued to the court that Lindo was the sole cause of the accident due to his failure to yield the right of way to Fuertes. In opposition, the defendants Lindo and the City of New York (Lindo’s employer) argued that Fuertes had been contributorily negligent by failing to avoid hitting the sanitation truck when it entered the intersection. Under the theory of contributory negligence, plaintiffs in personal injury lawsuits may be deemed partially responsible for accidents where they acted or failed to act in some way that contributed to their injuries. While the other party may have been at greater fault in causing the accident, the court may still allocate a portion of the blame for the accident to the plaintiff. For example, let’s say a driver files a lawsuit against a defendant who left an insufficient amount of distance when turning left in front of the injured driver. The injured driver may be found contributorily negligent if that driver was speeding when the crash occurred, since he or she may have been able to come to a stop if traveling at the speed limit. New York plaintiffs found to be contributorily negligent may have their award of damages reduced by the percentage for which they’re found responsible for the accident.

In this case, the Appellate Division disagreed that Fuertes was contributorily negligent. The court explained that drivers at a two-way intersection do not only have the duty to come to a complete stop, but must also ensure that they yield to any opposing traffic before progressing through the intersection. If the driver simply comes to a stop, then progresses through the intersection without also yielding to the traffic that does not have a stop sign, that driver has not followed the law and will be determined negligent as a matter of law. The court ruled that the truck driver’s failure to yield made the driver exclusively liable for the accident, and that failing to yield to traffic which shouldn’t have been in the intersection did not make Fuertes responsible for the crash.

If you’ve been injured in a crash with a negligent or reckless driver in New York, contact an experienced and knowledgeable Kingston car injury lawyer of Rusk Wadlin Heppner & Martuscello, LLP for a consultation on your case, at 845-331-4100 in Kingston, or 845-236-4411 for our office in Marlboro.

By RWHM | Posted on February 17, 2017
Skip footer and go back to main navigation