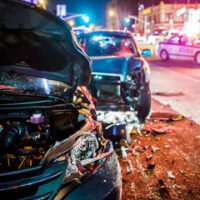 It’s hard not to feel compelled to do everything faster, to save time wherever we can. This can extend to driving as fast as we can, despite knowing that speeding can be a highly unsafe behavior. While we know we shouldn’t speed, speeding does not seem to get the same amount of moral outrage as, say, drunken driving, or even texting while driving. According to a study by the National Transportation Safety Board, that attitude should probably change. Below, learn more about the risks of speed on US highways, and contact an experienced Hudson Valley car accident lawyer if you’ve been hurt in a crash.

The NTSB’s study looked at the reasons that speed is dangerous, as well as the number of crashes involving passenger vehicles in which speed was cited as a contributing factor by law enforcement, and offered possible solutions to the issue. At the outset, the NTSB noted that speeding can increase a driver’s likelihood of causing a serious crash both by making it more likely that a driver will crash, and by making crashes that do occur more severe. In fact, speed increases crash risk exponentially, and not just in equal proportion to the increase in speed. The increase in likelihood of an accident varies depending on the type of roadway involved, and rises much more in more complex situations where pedestrians or cyclists are present. Studies have shown that speed-related crashes decrease by between 2% and 5.5% when the speed limit is decreased by as little as 1 mile per hour. When speed-related crashes do happen, the intensity of the collision again rises exponentially according to the speed of the car at fault in the crash.

As many fatalities caused by speeding as drunk driving

The report published by the NTSB explains that, between 2005 and 2014, law enforcement noted speed as a factor in crashes causing roughly 112,580 fatalities nationwide. This amount is equivalent to 31% of all fatalities in motor vehicle accidents during this time. However, experts note, the public does not look at speeding in the same negative way as it does other dangerous behaviors. The executive director of the Governors Highway Safety Association, Jonathan Adkins, stated, “Speeding is a factor in approximately the same proportion of traffic fatalities as alcohol impairment, yet it is not subject to same social stigma as drunk driving and is often a forgotten highway safety problem despite its clear significance.”

If you or someone you love has been hurt in a speed-related crash in New York, get help seeking money damages for your injuries by contacting the knowledgeable and trial-ready Hudson Valley personal injury lawyers at Rusk, Wadlin, Heppner & Martuscello, LLP for a consultation on your case, at 845-331-4100 (Kingston), or at 845-236-4411 (Marlboro).