Fatalities Go Up, and Drunk Driving a Major Cause 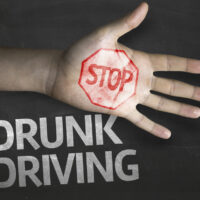 For a second straight year, fatalities caused by traffic accidents climbed at an alarming rate in 2016. The private nonprofit National Safety Council (NSC) has recently released its calculations for the number of deaths caused by traffic accidents. Drunk driving remains a substantial cause of roadway deaths, and controlling this problem has become the focus of a federal safety initiative.

The NSC’s preliminary report states that traffic fatalities have increased by 14% over the past two years, and by 6% between 2015 and 2016. According to their research, an estimated 40,200 Americans were killed in motor vehicle deaths in 2016, and 4.6 million required medical treatment of injuries received in traffic accidents. This would make 2016 the deadliest year on the road since 2007.

Experts at the NSC posit that the number of traffic deaths could be limited by proactive responses from policymakers and drivers alike. Deborah Hersman, the NSC’s president, stated, “our complacency is killing us. Americans believe there is nothing we can do to stop crashes from happening, but that isn’t true. We lag the rest of the developed world in addressing highway fatalities.” According to the NSC, over 90% of all traffic accidents are caused by driver error of one form or another. The NSC points to three leading causes of traffic accidents: Alcohol-impaired driving, speed, and distracted driving, with the single-largest cause being alcohol-related crashes at 30.8%.

In an attempt to control the problem of drunk driving, the National Highway Traffic Safety Administration (NHTSA) has teamed up with an organization that is exploring the possibilities for more widespread use of in-vehicle alcohol detection systems. The Driver Alcohol Detection System for Safety (DADSS) program is currently researching systems that could test drivers’ blood alcohol levels automatically. The systems would come installed in new vehicles, provided as an optional safety feature akin to a lane departure warning system or automatic braking. DADSS is focusing on systems which would automatically test the driver’s breath, as well as ones that would use infrared lights to test the driver’s blood alcohol level through contact with the steering wheel. Two manufacturers of auto components have already begun developing prototypes of each of these systems, which will be created to provide a faster, less-obtrusive option than currently-available ignition interlock devices.

If you’ve been injured by a drunk driver or a distracted driver on New York roads, find out if you have a claim for money damages by contacting the knowledgeable and seasoned Hudson Valley personal injury lawyers at Rusk, Wadlin, Heppner & Martuscello, LLP for a consultation, at 845-236-4411 in Marlboro, or 845-331-4100 in Kingston.