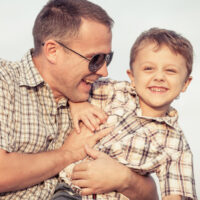 Visiting with your kids after a divorce or split can be a challenge when you’re not the custodial parent, and can become even more challenging when there was a period of time that you were absent from your children’s lives. A recent Appellate Division considered a request for visitation by a father whose right to see his daughters had been terminated by the lower court after the process of building that relationship had hit some bumps in the road. The case is an example of the court’s willingness to support a parent’s attempts to have a relationship with their children, even when that parent suffers from a less-than-perfect track record.

The case in which these issues arose is titled In re Ronald C. v. Sherry B. The parents at the center of the case had been unmarried, living on different floors of the same apartment building, when the mother gave birth to twin girls. The father did not immediately cultivate a relationship with the girls, but pursuant to court order, began paying child support two years later. He filed a request to visit with his daughters a year later, but the petition was unsuccessful as the mother and girls had moved and could not be located. The father did not make another attempt to obtain visitation rights until seven years had passed, when he filed a second petition for visitation. The petition was granted, and after first beginning to communicate with his daughters through letters, the court eventually ordered therapeutic visitation. When these supervised visits appeared to be somewhat successful, the court granted the father unsupervised visitation. Months later, the attorney appointed to represent the children requested that the unsupervised visits be suspended, as the girls found them stressful. The court found that the girls weren’t unsafe in the father’s care, but concluded that the girls “believed [the father] to be a stranger to them,” and that the visits made the girls “feel unhappy and depressed.” On that basis, the court found that the father had forfeited his right to court-ordered visitation, and terminated the visits until the girls decided for themselves that they wanted to get to know their father. The father appealed this decision.

In its opinion reversing the termination of the father’s visitation rights, the Appellate Division emphasized that cutting a parent off from seeing their child should only be done as a last resort. The opinion noted that courts will assume “that visitation by a noncustodial parent is in a child’s best interest and should be denied only in exceptional circumstances.” In this case, the Appellate Division concluded that there was no reason to find the father’s behavior exceptionally poor, nor any basis to find that the father was a threat either physically or emotionally to his daughters. The opinion noted that, while the father had not sought a relationship when the twins were young, the father had not missed any scheduled visitation sessions after successfully seeking them, and had been supporting them financially for over ten years. While the supervising social worker noted that the sessions were sometimes “difficult to get through,” the father appeared loving, interested, and that the girls appeared increasingly “talkative and receptive” to the father as time went on. The Appellate Division’s opinion also acknowledged the evidence that the father had matured since the time that his daughters were born. In the interim since fathering the twins, he had married and had children with his new wife, whom he wished his twin daughters to get to know. The Appellate Division ruled that the father should be allowed an opportunity to foster a relationship with his children through court-ordered visitation.

If you are in need of compassionate, dedicated, and effective legal help with a custody dispute in New York, contact the Hudson Valley family law attorneys at Rusk, Wadlin, Heppner & Martuscello, LLP for a consultation on your case, at 845-331-4100 (Kingston), or 845-236-4411 (Marlboro).