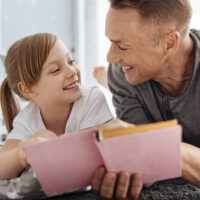 Each child is unique, and as a result, visitation schedules and custody arrangements should be unique, as well. When you’re in the midst of a divorce, one of the most time-consuming aspects of the split may be determining how child custody will be divided between you and your ex. By learning your options, you can enlist your attorney’s help in requesting the custody-sharing agreement or visitation schedule that will be in your child’s best interest.

If the parents have joint custody over the child, then the parents share physical custody as well as the legal right to make decisions on the child’s behalf. Parents may share equal custodial time with the child under a joint custodial arrangement. Some parents may divide this time into week-long chunks or exchange custody mid-week, while others may exchange custody on a monthly basis. In cases where one parent lives far from the child’s school, some parents choose instead to have children spend weekends with the farther-flung parent, or allow that parent to take the child for an extended period over the summer.

If you are in need of skilled, compassionate, and effective legal help with your custody dispute in New York, contact the experienced Hudson Valley family law attorneys at Rusk, Wadlin, Heppner & Martuscello, LLP for a consultation on your case, at 845-331-4100 (Kingston), or at 845-236-4411 (Marlboro).