How do Injuries Arise from Low-Property-Damage Crashes? 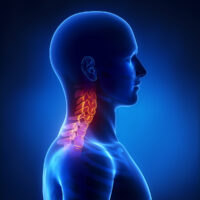 Perhaps you’ve recently been in a car accident that did only slight damage to your car. Maybe you were rear-ended at a relatively low speed, or got into a crash in the parking lot. You might not have extensive damage to your car, but that doesn’t mean that you haven’t incurred serious physical injuries as a result of the crash–the severity of damage to your vehicle and the potential for injury do not always directly correlate. Certain laws of physics and properties governing how bodies move in an accident can result in serious long-term injury and pain even where your car wasn’t totaled, or even when it can be driven from the scene.

A rear-end accident serves as a good example of the harm that can come from a crash that doesn’t cause extensive damage. When your car is hit from behind, your body suddenly moves forward at a fast speed, but then is abruptly stopped, causing what is known as Cervical Acceleration Deceleration, or CAD, trauma. This motion causes your head to whip forward and back, resulting in whiplash. Additionally, your seat back will often be compressed with your body’s sudden backward movement, only to recoil forward again. This motion can cause your upper spine to cave in, which forces your lower spine to bulge out, straining ligaments and discs in the spine. Experts assert that even at speeds as low as 25 mph, whiplash and other trauma to ligaments, cartilage, and tendons can occur.

Many insurance companies will flatly deny bodily injury claims where the physical damage to your vehicle is below a certain amount, arguing that serious bodily injury is simply not possible at low speeds. At trial, insurers will make use of experts claiming that there is scientific proof behind the idea that low-speed crashes can’t result in serious bodily harm, and that injuries only occur where serious damage has been caused to the victim’s vehicle. Unfortunately, it is difficult to conduct research that adequately proves how much speed or how great an impact is required to cause physical injury to a driver. A far better method is to compare the victim’s well-being prior to the crash, and after, using extensive documentation of changes in physical capability and testimony from physicians. Attorneys with extensive personal injury experience will be familiar with the unfounded arguments of experts regarding a direct link between vehicle damage and injury to passengers, and will know how to refute them before a jury.

If you’ve been in an accident and need the assistance of an attorney to receive full compensation for your injuries, contact the Hudson Valley car accident law firm Rusk, Wadlin, Heppner & Martuscello for a free consultation at 845-331-4100 in Kingston or 845-236-4411 in Marlboro.