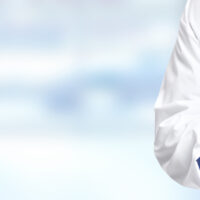 According to the results of a yearlong investigation by MedPage Today and the Milwaukee Journal Sentinel, the current national database that houses complaints against medical practitioners is extremely faulty–to the point that hundreds of doctors facing sanctions in one state may have simply fled across state lines to avoid punishment and continue practicing elsewhere. Continue reading to learn about the investigation, and contact an experienced Hudson Valley medical malpractice lawyer with any questions about potential medical malpractice or misconduct.

The investigation found that at least 500 doctors, and likely many more, “who have been publicly disciplined, chastised or barred from practicing by one state medical board have been allowed to practice elsewhere with a clean license.” The complaints against these doctors range from sexual harassment of patients to severe malpractice.

For example, one doctor who had sex with a patient in New York had his license suspended there for three years and was ordered to have a chaperone in the room with any female patients permanently. He moved to Wisconsin where he continues to practice with no medical board restrictions whatsoever and was in fact appointed to an endowed chair at the University of Wisconsin-Madison. Another doctor caused the death of several of his patients by erroneously prescribing huge amounts of laxatives to infants before surgery and botching the treatment of an elderly woman with a blood infection; an Illinois medical board official called him an “imminent danger to the public.” Yet he practices freely as a hospice doctor in Missouri with a clean record according to the website of Missouri’s Division of Professional Registration.

While the majority of doctors dodging sanctions in this manner already had licenses in multiple states, in around 20% of the cases unearthed, the doctors applied for and received new licenses after being sanctioned.

Much of the blame for these doctors escaping scrutiny falls on the lack of a national database compiling complaints and sanctions against specific doctors. While Congress did create the National Practitioner Data Bank in 1986, the database is less than helpful. Rather than housing detailed information about doctors for consumers, the public version of the system is admittedly for “statistic reporting and analysis only” — meaning it does not include identifying information for the doctors who have been sanctioned, such as their names. No other national database exists, and most states’ medical boards report only misconduct that occurred within that state, causing each state to have different information about doctors practicing within. For this reason, patients must be extra careful in selecting their doctors, and if they believe any malpractice or misconduct has occurred, they should take immediate steps to get legal help.

If you believe that you or a loved one have been the victim of medical malpractice in New York, contact the dedicated and compassionate Hudson Valley medical malpractice lawyers at Rusk, Wadlin, Heppner & Martuscello, LLP for a free consultation in Kingston at 845-331-4100, or in Marlboro at 845-236-4411.