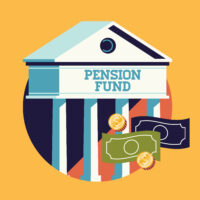 When dividing assets between divorcing spouses, New York courts follow the principle of equitable distribution. Courts are tasked with finding a fair split of the assets that were accrued during a marriage. Judges will examine each spouse’s efforts to support the family, whether that support was provided through work outside the home or as the primary caretaker of the family’s children and home. In the rare event that a spouse contributes almost nothing whatsoever to the functioning of the family, courts will not look warmly on a spouse’s claim to a portion of marital assets.

In a recent case, the First Department of the New York Appellate Division ensured that the division of assets in a divorce case was truly equitable, rather than equal, by modifying an award of assets pursuant to a divorce. The couple in the case titled Campbell v. Campbell had married in 1973 and had one child. The husband moved out of the home in January of 1978. After that point, he provided no support to his wife and child, financial or otherwise. The wife worked at a hospital for 38 years, retiring in 2011. At that point, she began to receive a pension and social security benefits.

After several decades of separation, the wife filed an action for divorce in 2013. The husband made what some might call a bold decision to seek a 50% share of the wife’s pension, as well as a burial plot and artwork he claimed were his separate property. The trial court denied the claims for the burial plot and artwork, but awarded the man 50% of the portion of the wife’s pension that accrued during the 52 months that the couple lived together.

The husband appealed, and the Appellate Division modified the judgment, but not in the manner that the husband had intended. The appellate opinion explained that marital property is anything that the spouses acquired between getting married and either executing a separation agreement or beginning a divorce. Since the parties didn’t legally separate or begin a divorce until 2013, the husband would have a right to an equitable share of the pension for the entire length of the marriage. “However,” explained the court’s opinion, “equitable distribution does not mean equal, and an unequal distribution is appropriate when a party has not contributed to the marital asset in question.” (internal citations omitted.) The court concluded that the share of the pension to which the husband was equitably entitled was 1% of the wife’s monthly benefits.

If you’re considering filing for divorce in New York and want to ensure that you receive dedicated and compassionate legal assistance, contact the Hudson Valley divorce lawyers at Rusk, Wadlin, Heppner & Martuscello, LLP for a consultation on your case, in Marlboro at 845-236-4411, or in Kingston at 845-331-4100.