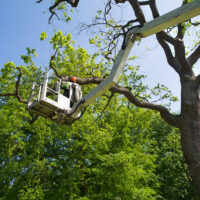 A Saugerties man who served as a planner for multiple towns in Ulster County and who was otherwise involved in the community has died. Tragically, the man was fatally injured when struck by a falling tree branch cut by tree trimmers. Learn more about the case below, and contact a seasoned Kingston personal injury attorney with any questions if you or a loved one has been injured in an accident.

The recent accident occurred on Tuesday, June 5, 2018. A team of tree trimmers from the Pennsylvania-based company Jaflo, contracted by Central Hudson Gas & Electric, were trimming trees along Mount Airy Road in Saugerties that day. Central Hudson Gas & Electric had notified the victim, a 60-year-old man who owned a home along Mount Airy Road, that they would be trimming the trees on his property that day. Additionally, one of the contractors had spoken with the man before starting the work. At around 2 pm, the victim stepped out of his front door to check on the workers’ progress. The man was then struck by a branch. He was airlifted to Albany Medical Center for treatment, where he would later succumb to his injuries.

If you’ve been injured in an accident in New York, find out if you have a case that might entitle you to money damages for your injuries by contacting the seasoned and professional New York personal injury lawyers at Rusk, Wadlin, Heppner & Martuscello, LLP for a free consultation at 845-331-4100 (Kingston), or at 845-236-4411 (Marlboro).