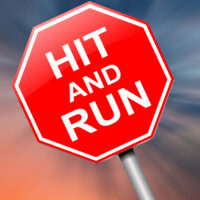 A local man was arrested for allegedly leaving the scene of an accident that caused fatal injuries to a pedestrian. The incident is an example of the ability of law enforcement and private investigators to determine the parties responsible for hit-and-run accidents and bring them to justice.

The accident that ultimately proved fatal occurred on Sunday, February 19, 2017. At around 6:30 that evening, a 56-year-old man from Blooming Grove was walking south on Glenwood Road through the Mountain Lodge Park development on Schunnemunk Mountain. The victim, a resident of the development who often walked along local roads, was struck by a vehicle as he walked between Glenwood Road’s intersections with Revere Road and Windsor Road. The man was hit by a 2003 Subaru Forester. The victim was transported to St. Luke’s Cornwall Hospital in Newburgh, where he was pronounced dead.

Criminal and civil penalties possible for a hit-and-run

Victims of hit-and-run accidents may feel hopeless about recovering the cost of their medical expenses, lost wages, or property damage after a crash. These accident victims may in fact have options for compensation. New York requires its drivers to carry uninsured and unknown motorist coverage as a part of their policy, which should provide coverage of basic expenses after a crash. Additionally, skilled personal injury attorneys can investigate the circumstances surrounding a crash, gathering witness statements and using physical evidence in an effort to locate the driver responsible for a crash. These hit-and-run drivers will face criminal penalties by the state, and can also face liability in a civil lawsuit for the damages they inflicted on the accident victim and their family.

If you’ve been injured in a hit-and-run crash in New York, speak with an attorney to find out about your options for compensation by contacting the knowledgeable and effective Kingston car injury lawyer at Rusk Wadlin Heppner & Martuscello, LLP at 845-236-4411

By RWHM | Posted on March 14, 2017
Skip footer and go back to main navigation