Majority of US Drivers Admit to Aggressive Driving Behavior 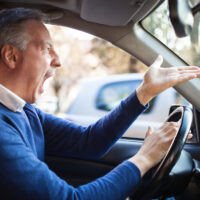 The phenomenon of road rage is nothing new and is something that drivers on New York roads encounter on a daily basis. A recently-released study suggests that aggressive driving might be even more common than you think.

The report was based on a survey conducted by the AAA Foundation for Traffic Safety of over 2,700 drivers over the age of 16. Researchers assessed the prevalence of aggressive driving by asking survey participants whether they had committed any of the following behaviors, generally seen as aggressive, while behind the wheel in the past year:

If you’ve suffered injuries in an accident in New York caused by aggressive driving, drunken driving, or simple negligence, speak with an attorney to determine if you have a right to compensation for your injuries, lost work, and pain and suffering by contacting the Kingston lawyers for car accidents at Rusk Wadlin Heppner & Martuscello for a consultation on your case, in Kingston at 845-331-4100, and in Marlboro at 845-236-4411.