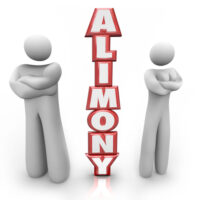 When New York became the last US state to include a no-fault ground for divorce in 2010, lawmakers also expressed a desire to overhaul the state’s approach to calculating spousal maintenance payments, also known as alimony. As of October 26, 2015, those changes will finally begin to become effective in regards to temporary (pre-divorce) maintenance. Changes to calculating permanent maintenance payments will not become effective until January 25, 2016. The new law includes ways to make maintenance calculations more predictable and uniform, as well as changes that make maintenance calculations easier on judges.

The new law will also introduce different formulas for calculating maintenance where the paying spouse is also the non-custodial parent paying child support for minor children, reducing the amount of maintenance paid where child support payments are also being made. The duration of maintenance will now be calculated based on the length of the ending marriage, with, for example, a suggested range of 7-10 years of maintenance payments if the marriage lasted 20+ years. A controversial provision known as “enhanced earning capacity” that divided the lifetime value of degrees or professional licenses earned by a spouse during the marriage has been eliminated. Judges and parties had long complained about this rule, with judges finding the value calculation difficult, and degree-holding spouses noting the lack of fairness of considering a degree as an asset if the degree-holder had become disabled or changed careers. Judges are also free now to make rulings from the bench without issuing written opinions on all decisions, and they have been afforded increased discretion to deviate from the published guidelines if they feel that following the guidelines would result in an unjust or inappropriate outcome, based on the facts of a given case.

If you have questions about how these new laws may affect your divorce and maintenance payments, contact the Hudson Valley family law firm Rusk, Wadlin, Heppner & Martuscello for a consultation on your claims.