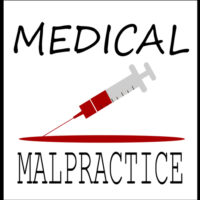 If a piece of legislation currently before the New York State Senate is passed, victims of medical malpractice in the state would have additional time to file a lawsuit for damages after learning that they were harmed by medical negligence.

The bill, which has already been approved by the New York State Assembly, would extend the statute of limitations, or the time limit during which a plaintiff has to file a lawsuit after an injury. Currently, New York state has one of the nation’s most restrictive statutes of limitations on medical malpractice claims, barring plaintiffs from filing lawsuits anytime over 2 ½ years after the original incident of alleged malpractice. If the legislation is passed, the 2 ½ year period would start not with the alleged malpractice incident, but instead at the point when the patient first realizes that the malpractice may have occurred, so long as that happens within ten years of the alleged incident of malpractice. The Assembly is expected to vote on the bill before the end of the current legislative session this summer.

When a patient is the victim of medical malpractice, that patient often does not realize that a doctor or nurse has been negligent in carrying out their duties until long after the fact. For example, imagine if a surgeon left a utensil in a patient during surgery and closed the incision spot without removing it. The patient might not discover that this had occurred until the utensil damaged an internal organ, which could take months to occur. Likewise, if a doctor failed to exercise a reasonable amount of care in reading test results for a patient, failing to notice a growing cancerous tumor, that patient might not learn that the doctor had failed to catch this cancer until it had developed to the point of being untreatable. The development of the cancer may take years to occur. It is for this reason that an extended statute of limitations is so critical to protecting a malpractice victim’s right to compensation.

If you or someone you love has been the victim of medical malpractice in New York, seek thorough and determined legal help in getting the compensation you deserve for your claims, and contact the Hudson Valley personal injury lawyers at Rusk, Wadlin, Heppner & Martuscello for a consultation on your claims, in Kingston at 845-331-4100, or Marlboro at 845-236-4411.