New Tax Law Could Bring Changes to Taxation of Alimony 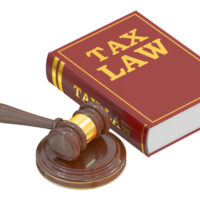 Republican federal lawmakers have recently proposed a bill that would bring the most sweeping changes that have occurred to the US tax code since the Reagan administration. Among the many changes that could affect average Americans most would be the changes that would occur to how alimony is treated for tax purposes. Some analysts suggest that the changes would penalize divorcing spouses and potentially result in courts awarding smaller amounts of alimony. Read on to learn more about the potential change.

Changes in who pays taxes on alimony

Under the current version of the federal tax code, alimony payments are deductible by the payor and should be claimed as income by the recipient. However, the IRS reports that, while alimony-paying spouses never fail to claim this deduction, alimony payments are not always reported as income by recipient spouses, resulting in a loss of millions of tax dollars to the government.

The recently-released tax overhaul, titled the Tax Cuts and Jobs Act, would eliminate the deduction which alimony payors receive on all alimony paid, and removes the requirement that alimony recipients declare alimony as income. This change is expected to increase federal tax income by $8.3 billion over the next ten years. The change in the deduction would not affect couples whose divorces are final before the changes contained in the bill become law.

Many experts suggest that changing the law would result in an increase overall in the amount paid in taxes by divorcing couples, since most alimony-paying spouses earn more and are thus in a higher tax bracket than their alimony-receiving spouse.

If federal lawmakers are successful in passing tax reform measures, there is no guarantee that the measure changing how alimony payments are taxed will remain in the bill in the current iteration. In order to obtain the greatest certainty on how your alimony income or payments will be taxed, couples planning to split are advised to file and complete their divorce cases as early as possible, so as to avoid unpredictable changes that could have negative and expensive consequences.

If you’re considering divorce in New York and would like to ensure your interests and needs are protected through the process of a split, contact the dedicated and seasoned Hudson Valley divorce attorneys at Rusk, Wadlin, Heppner & Martuscello, LLP for a consultation, at 845-236-4411 (Marlboro), or at 845-331-4100 (Kingston).