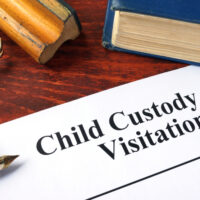 An opinion recently entered by the Second Division of the New York Appellate Department addressed a mother’s request for sole legal and physical custody where, among other issues, the mother believed the child’s father was interfering with the child’s medical care.

The case addressing this issue is titled Greenberg v. Greenberg. The couple at the center of the case had reached a settlement agreement shortly after filing for divorce in 2011. In that agreement, the mother was given sole physical custody, while legal custody was divided between the parents, with each parent being granted the legal right to make final decisions on certain areas of their child’s life. The mother had final say over decisions regarding the child’s medical and dental care, as well as educational decisions. The father, in turn, could make final decisions regarding the child’s extracurriculars and religious education. The agreement became a part of the judgment of divorce entered in February of 2012.

By July of 2013, the mother had returned to court to request sole legal custody and to modify the visitation schedule. She alleged that the father had interfered with the child’s medical care by taking him to doctors of the father’s choosing without first consulting her and beginning new treatments for the child’s conditions. The mother also argued that the grueling visitation schedule, sometimes requiring multiple transfers a day for the child, was having a negative effect on the child. She also stated that the father had made baseless claims to Child Protective Services about the mother, calling the police in front of the child over claimed deviations from the visitation schedule.

During the hearing on the mother’s motion for sole custody and a changed visitation schedule, the father testified that he had believed that he and the mother had joint authority to make medical and educational decisions about the child. Nevertheless, he testified that he had made medical decisions independently of the mother on certain occasions, and had overridden her wishes and had the child tested to determine if he had special educational needs. According to a forensic interview with the child, the frequent hand-offs of custody, conflict between his parents, and his father’s refusal to comply with the divorce judgment had had a negative impact on the child.

The trial court granted the mother’s motion, awarding her sole legal custody and sole decision-making authority in all areas of the child’s life. In fact, the judge directed in his opinion that the mother “shall not consult with [the father] or solicit his opinion about any medical or educational issues concerning the child,” and barred the father from taking the child to any type of medical provider when the child was in his custody. Additionally, the father’s parenting time was reduced. The court reasoned that the father seemed “either unable or unwilling to understand the distinction between consultation and decision making.”

If you are facing a child custody dispute, or would like legal assistance in creating a divorce settlement agreement, contact the compassionate and effective Hudson Valley family law attorneys at Rusk, Wadlin, Heppner & Martuscello, LLP for a consultation, at 845-331-4100 (Kingston), or 845-236-4411 (Marlboro).