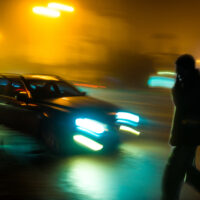 An accident that occurred on a local college campus has caused serious injuries to a student. Pedestrian accidents can result from numerous causes, including driver distraction or poor roadway design, and can cause grave injuries to those involved.

On May 4, 2017, a 20-year-old resident of Red Hook was crossing the street in front of Dutchess Community College at around 5:20 pm. As the young woman crossed Creek Road, using the marked crosswalk, a 74-year-old woman from Poughkeepsie was traveling south in a 2015 Mercedes Benz. The older woman struck the younger woman, who was transported to Westchester Medical Center with what were believed to be serious but non-life-threatening injuries. The driver did not suffer any injuries. Police are continuing to investigate the accident and closed down Creek Road for several hours after the accident to reconstruct it.

Rate of fatal pedestrian accidents on the rise

According to the Governors Highway Safety Association, pedestrian fatalities rose by a staggering 11% last year, rising to almost 6,000 people being fatally injured in traffic accidents in 2016. The reasons for this rise in pedestrian deaths are varied, though distractions caused by mobile phone use are often cited by safety experts. Drivers aren’t the only ones who are distracted, however; pedestrians are also less likely to notice an oncoming car when they’re looking at their phone as they cross the road.

Civil engineers may be responsible for accidents

Additionally, poorly-designed roads may be an issue. In a location like a college campus, there is a higher-than-average population of pedestrians who are likely to assume that traffic will be moving slowly through campus. Civil engineers must take this fact into account when designing roads by putting signal-protected crosswalks in place, as well as ensuring that speed limits are set at a low speed and that speed regulating strategies such as speed bumps are put in place. Where an intersection or stretch of road has been the site of repeated accidents involving pedestrians, the engineers responsible for designing that stretch of road (and the government entities that hire them) may bear liability for failing to take corrective measures to make it safer.

If you’ve been the victim of a pedestrian accident in New York, find out if you have a claim for damages for your medical costs or lost work by contacting a dedicated and knowledgeable Kingston car injury lawyer of Rusk Wadlin Heppner & Martuscello, LLP for a consultation, in Kingston at 845-331-4100, or in Marlboro at 845-236-4411.