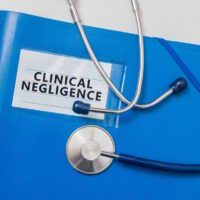 We hold medical professionals to a high standard, and for good reason. When we go to a hospital, we put our lives in the hands of the medical experts, and we expect educated, focused professionals will take appropriate care in diagnosing and treating our maladies. Even a correct diagnosis, if reached after unreasonable delay, can cause significant harm or even death to a patient. When doctors fail to make a timely diagnosis due to negligence, they can and should be held liable for the harm caused to the patient, with the help of a seasoned New York medical malpractice attorney. An appellate court in New York recently determined that a medical malpractice case based on a hospital’s failure to timely diagnose should continue to trial to allow the jury to decide who was truly at fault.

The case of Sheppard v. Brookhaven Memorial Hospital Medical Center involves a patient who suffered from a cerebral edema, which she alleges was negligently missed by her treating physicians.

On June 16, the plaintiff went to the emergency room complaining of numbness, nausea, and vomiting; she was admitted to the hospital that night. She was medicated and various tests were performed the next day, including a CT scan at 5:00 p.m. on June 17. The test showed nothing of note. The plaintiff continued complaining of headache and neck pain that night. By 8:00 a.m. the next morning, June 18, she was lethargic and unresponsive. At 10:30 a.m., the attending neurologist ordered another CT/MRI to rule out a possible stroke. The test was performed at 2:09 p.m. and showed an edema of the brain. An edema refers to fluid build-up causing swelling, which can lead to lack of blood flow, damaged brain cells, and possibly death. The results were discussed with the neurologist at 3:30 p.m. They contacted a neurosurgeon at 4:10 p.m. to perform emergency surgery, which was conducted from 5:30 to 8:30 p.m. that day.

The patient alleged that she suffered permanent brain damage due to the hospital’s delay in performing the tests that uncovered her true problem and the eventual surgery. The hospital filed a motion for summary judgment to have the case tossed out. To win summary judgment, the defendant had to show that, based on all the facts, “there was no departure from good and accepted medical practice or that any alleged departure did not proximately cause the plaintiff’s injuries.” The trial court granted the hospital’s motion because the hospital’s medical expert stated that the medical tests conducted were “within a reasonable medical certainty, appropriate and within prevailing standards of practice.”

However, the patient submitted a competing medical expert’s opinion stating that the delay in performing and reviewing the second CT scan was a negligent departure from the prevailing standards of care. On appeal, the Appellate Division determined that because there were competing expert reports that debated the very heart of the medical malpractice allegations, the trial court should not have granted summary judgment for the hospital. Instead, the case should proceed to trial where the factfinder will evaluate the competing reports and the rest of the evidence and determine if the hospital did or did not act appropriately.

Get the Right Representation for Medical Malpractice Claim

If you or someone you love has been harmed by negligent medical treatment in New York, find out if you have a right to compensation for your injuries by contacting the experienced, effective and skilled Hudson Valley personal injury lawyers at Rusk, Wadlin, Heppner & Martuscello, LLP for a free consultation at 845-331-4100 (Kingston) or 845-236-4411 (Marlboro).