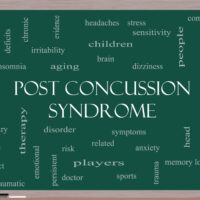 Head injuries are one of the most serious, potentially life-changing forms of injury that can result from a major accident. One possible consequence of a head injury is a condition known as post-concussion syndrome, which can last long after the initial injury and affect victims’ abilities to go about their normal lives. Learn more about post-concussion syndrome below, and contact a knowledgeable Hudson Valley brain injury attorney with questions about your accident.

If you or someone you love has experienced a traumatic brain injury as the result of a serious motor vehicle or slip-and-fall accident in New York, contact the seasoned and effective Hudson Valley personal injury lawyers at Rusk, Wadlin, Heppner & Martuscello, LLP for a consultation on your case, in Kingston at 845-331-4100, and in Marlboro at 845-236-4411.