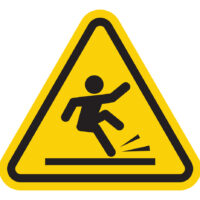 A claim filed by the widow of a slip-and-fall victim was recently approved to move forward toward trial, despite a defendant’s efforts to have the lawsuit dismissed. The dismissal motion involved two defenses that are commonly raised by property owners in response to slip-and-fall claims, which injured plaintiffs must be prepared to challenge.

The accident forming the basis for the case of Davidoff v. First Development Corp. occurred in the parking lot for a shopping mall in Hauppage, New York. Sheldon Davidoff and his wife, Marilyn, were walking toward their car. Marilyn would later testify in a deposition that Sheldon stepped on a cracked curb and fell backward, suffering injuries which would prove fatal.

Marilyn filed a claim against the property owners and managers for herself and on Sheldon’s behalf as administrator of his estate. The defendants filed a motion to dismiss the lawsuit for several reasons, including that the cracked curb may not have been the cause of Sheldon’s fatal fall.

Cause of the accident

The defendants argued that Marilyn had been unable to identify the exact cause of her husband’s fall, and that the primary cause of the fall was not the cracked curb. They asserted that the claim against them should be dismissed on this basis.

In a slip-and-fall claim, plaintiffs argue that defendant property owners should be responsible for the injuries received in a fall because the defendants allowed a hazardous slipping or tripping hazard to develop on their property, and that hazard caused the fall. Defendants can request that courts dismiss claims where a plaintiff isn’t able to identify what, exactly, caused a fall. As the court’s opinion noted in this case, courts cannot impose monetary liability based only on “speculation” that a property owner’s negligence caused their injuries.

In this case, the court concluded that Marilyn had made a sufficiently clear allegation that the cracked curb was a factor in her husband’s fall, and the court rejected the defendants’ claim that she was merely speculating as to the cause.

Even if there were multiple causes for an accident, and not all of the causes for the accident are attributable to the defendant, injury victims can still seek money damages for their injuries. Where more than one cause contributed to an accident, including the plaintiff’s own negligence, a single defendant may not bear full financial responsibility for the accident, but they will still bear a portion of it. The defendants here produced evidence from experts and other sources that Sheldon’s fall was not caused by the curb, but instead entirely by other factors. The court’s opinion explained that the defendants could only have the claims dismissed if they could show that there was only one logical conclusion that could be drawn from the facts regarding the cause of the accident, that being that the defendants were not responsible. Since Marilyn testified that the curb was a cause for her husband’s fall, the court ruled that it should be up to a jury to make a decision on whether and to what extent the defendants should be liable for the man’s death.

If you’ve been injured in a slip-and-fall accident in New York, contact the experienced and effective Hudson Valley personal injury lawyers at Rusk, Wadlin, Heppner & Martuscello, LLP for a consultation on your case, at 845-331-4100 (Kingston), or at 845-236-4411 (Marlboro).