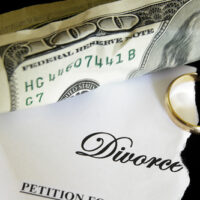 No one said divorce was going to be cheap. Even when you’re on relatively good terms with your spouse when you split, the unavoidable costs to file for divorce and establish a home separate from your spouse can quickly add up. For couples that have become embroiled in a more substantial fight, it’s easy to fall into the trap of trying to cause them as much pain and expense as they’ve caused you, while losing sight of what’s truly important—building a happy and financially secure future for yourself.

Remain on guard against these pitfalls that can make your divorce more expensive than necessary:

Fighting to the death over every disagreement: If you’re feeling wronged in the divorce process, either for disagreements which occurred during your marriage or during the divorce itself, you may feel tempted to try and win insignificant disputes, such as having custody of your children on holidays that are not personally important to you, or decreasing your spousal support obligation by an amount that won’t make much of a difference. Choose your battles carefully.

Failing to compromise or settle on as many issues as possible before going to court: Finding common ground with a soon-to-be-ex may sound like a herculean task, but having at least an essential outline of a division of marital property and custody-sharing arrangement before you come before a judge may save you a great deal of time and money. If you’re trying and failing to make progress on such an agreement when doing so with your spouse alone, consider hiring an attorney to serve as an informal mediator.

Seeking an order from the court over all disputes: If it feels like you’re constantly prodding your spouse to comply with existing court orders, you may feel tempted to seek the court’s authoritative voice to direct your ex to act. Obtaining help from the judge may be your best option in certain cases, but it is better treated as a last resort when all else fails. Not only will you cause the judge frustration at seeing the same parties repeatedly, but you’ll cost yourself hundreds of dollars in fees and costs to file and argue needless motions.

If you need seasoned, compassionate legal help with your New York divorce or custody dispute, contact the experienced family law practitioners at the Hudson Valley law firm of Rusk, Wadlin, Heppner & Martuscello for a consultation, at 845-331-4100 in Kingston or 845-236-4411 in Marlboro.