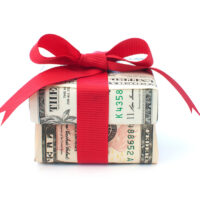 During a divorce, courts are often faced with the question of whether a particular asset or piece of property should be considered the separate property of one spouse, or marital property that should be divided equitably between the spouses. Typically, when one spouse receives property as a gift, that property will be considered separate. However, as a recent case decided by the Appellate Division demonstrates, property can easily change from being separate to marital. This so-called transmutation from separate to marital property might have been prevented, however, with the use of a post-nuptial agreement.

In the case titled Mistretta v. Mistretta, the husband received a house from his mother during his marriage, which he described as a gift deeded to him. The married couple had lived together in the home for a number of years, with the husband receiving the deed to the home in 1996, and the couple filing for divorce in 2010. Each month, the husband paid $500 to his mother in “rent,” as dictated by a written contract the mother and son had created. During the couple’s divorce trial, the husband claimed that the house should be considered his separate property and not divided between the spouses. However, the trial court ruled that the home was marital property and ordered that the home should be sold, with the proceeds divided equally between the spouses. The husband appealed this decision, but the Appellate Division upheld the trial court’s order to sell the home.

Under New York law, property will generally be considered separate when it is “acquired by bequest, devise, or descent, or gift from a party other than the spouse.” However, when marital funds are used to make payments on or improve an asset, that property may become marital property. The Appellate Division concluded that the home had been acquired by the husband “for consideration” during the marriage, and thus should be considered a marital asset.

If you are in need of experienced legal help with a New York family law matter, including a divorce, custodial dispute, or creation of a prenuptial or post-nuptial agreement, contact the experienced Hudson Valley family law attorneys at Rusk, Wadlin, Heppner & Martuscello for a consultation, at 845-236-4411 (Marlboro), or 845-331-4100 (Kingston).