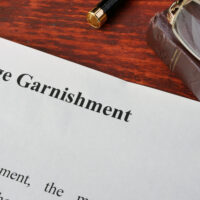 There are many ways that filing for bankruptcy can help you stay afloat if you’re struggling to make ends meet. Bankruptcy will put lawsuits filed against you to collect a debt on hold, suspend a foreclosure on your home, and even restore money that was garnished from your paycheck by a creditor or debt collector. Read on to learn about when you may be entitled to have garnished wages returned to you through a bankruptcy case.

One important guiding principle of bankruptcy is the concept of fairness among creditors. Bankruptcy courts go to lengths to ensure that non-priority creditors receive an equal opportunity to recover the amounts they’ve loaned to debtors. This is the reason that individuals planning to file for bankruptcy are advised not to repay loans to family members in the months immediately before filing for bankruptcy. In those cases, there is a substantial chance that the bankruptcy trustee will force the relative to return those funds to the bankruptcy court to be included in the amount distributed proportionately among all creditors. The logic behind this rule is that it would be unfair for one creditor to receive 100% of what they were owed prior to the debtor filing for bankruptcy, while an equally-legitimate creditor receives only a fraction of what they’re owed when they are allocated a share of the bankruptcy estate post-filing.

It is this logic which guides the rule permitting the return of wages garnished in the months prior to a bankruptcy filing. If a creditor garnished your paycheck within 90 days of you filing your bankruptcy petition, and the amount garnished is over $600, the creditor will need to pay back those wages.

The question of whether you are allowed to keep those garnished wages that were returned is answered based on whether those funds are covered by an exemption. Your bankruptcy attorney can help you determine if you have an available exemption which might permit you to hang onto those wages. Even if the wages aren’t exempt, their return could still help you financially. If you are behind on priority debts, such as child support or income taxes, those returned wages will first go toward paying those debts. Since those debts aren’t discharged in bankruptcy, those are debts which would be due after the conclusion of a bankruptcy case, and so those wages may have ended up going towards that debt, anyhow.

If you have questions about whether filing for bankruptcy in New York may be a good idea for you, contact the seasoned and knowledgeable Hudson Valley bankruptcy attorneys at Rusk, Wadlin, Heppner & Martuscello, LLP for a consultation, at 845-236-4411 (Marlboro), or 845-331-4100 (Kingston).