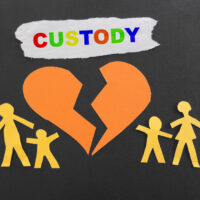 Divorce can cause serious and even permanent damage to parent/child relationships. If child custody is not divided equally between the parents from the beginning of a separation or divorce, the child can easily become estranged from the non-residential parent, especially if the parents are in the midst of a high-conflict divorce. When a parent/child relationship becomes so strained that the parent feels incapable of fixing it without professional help, and the co-parent has not offered help in repairing the relationship, courts may order reunification therapy to rekindle the bond between parent and child. Read on to learn more about the sometimes-controversial therapy, and speak with a New York family law attorney if you believe reunification therapy could help in your case.

Reunification therapy in a nutshell

While there is no one definition of “reunification therapy,” the term is broadly used to describe therapy geared at reconnecting a parent and child after an extended period of estrangement. Reunification therapy is typically focused on providing a safe, neutral space for a parent and child to develop a healthy relationship independent from that child’s relationship with the other parent, or from any conflict between the two parents.

Some therapists take the approach of separating the child from the residential parent for a time as a component of reunification therapy, especially where the therapist believes that the parent has attempted to alienate the child from their ex. This approach has been found controversial among many mental health professionals. Other counselors will hold reunification therapy sessions that involve the entire family, so that both parents can feel confident knowing the contents of the therapy sessions and can benefit from an improved relationship with their child.

When will a court order reunification therapy?

Courts may turn to reunification therapy where a divorce has involved a great deal of conflict between the parents, to which the child has been a witness. If one parent can show that the other has deliberately attempted to alienate the child from the absent parent, courts might order reunification therapy to undo the damage caused by that alienation and allow the child to form their own independent opinion of and relationship with the absent parent.

Reunification therapy is often considered the best option to reconnect a parent and child after that parent has undergone rehabilitation for a substance problem or even certain forms of criminal behavior. However, if the custodial parent can prove that reunification would be too traumatic for the child, the court will not grant a request for therapy. For example, courts are less likely to encourage reunification where children were victims of physical abuse by the reunifying parent, or witnessed their parent being abused.

If you need assistance with a contested custody matter in New York from a compassionate and skilled family law attorney, contact the law offices of Rusk, Wadlin, Heppner & Martuscello, LLP at 845-331-4100 in Kingston, or in Marlboro at 845-236-4411.