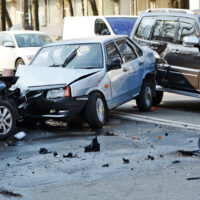 For years, residents of New York who didn’t live in New York City were unable to use ride-sharing apps such as Lyft or Uber as cheaper alternatives to taking a taxi when public transportation wasn’t an option. Earlier this summer, laws approved by Gov. Andrew Cuomo back in the spring took effect, and drivers for ride-share companies Uber and Lyft finally arrived in the Hudson Valley.

If you’ve seen drivers with an Uber or Lyft logo in their windshield while you were on the road, or have already made use of these apps to get around the area, you might have found yourself wondering what would happen if you were involved in an auto accident with one of these drivers. Will the driver be responsible, or the app-maker? How much coverage do the drivers have to carry? The answers to these questions will vary, depending on how the accident occurred.

While ride-sharing apps are new to most of New York, they’ve operated for years throughout much of the rest of the country and in New York City. New Yorkers have the benefit of learning from the experience of other states regarding what sort of insurance coverage is necessary to protect both ride-share passengers and other drivers sharing the road with them. However, this doesn’t mean that those injured in an accident caused by a Lyft or Uber driver will get the money they deserve after an accident without difficulty, and the amount of coverage changes depending on when a crash happens.

When a ride-share driver is behind the wheel of their vehicle and has not yet turned on the ride-sharing app, notifying passengers that they’re available to be hailed, then the driver’s personal insurance policy will cover any accidents that occur. Once the driver has turned on the app and accepted a fare or picked up a passenger, the driver is covered by $1 million per incident in liability coverage, split between liability for bodily injury and property damage. The driver will also have $1 million in coverage against uninsured or underinsured drivers. This is good news for passengers of ride-sharing drivers. However, when a driver has turned on the ride-sharing app but not yet accepted a fare, then the driver is covered by their personal policy and much lower contingent coverage offered by Uber or Lyft, in the amount of $50,000 in bodily injury per person (up to $100,000 per incident for multiple injured persons) and $25,000 in property damage. While the driver may carry a higher amount of coverage than this for their personal policy, many insurance companies refuse to cover commercial activities undertaken by customers.

If you’ve been injured by an Uber or Lyft driver, whether as a passenger, fellow driver, or pedestrian, you may benefit from contacting a personal injury attorney to help you recover for your losses. Claims for serious accidents may boil down to showing when the driver turned on their app and whether they had accepted a fare at the time of the accident, since the difference in coverage amounts could be substantial. An experienced lawyer can help you request this evidence from the ride-sharing company, conduct expert analysis of the crash itself, and gather witness statements that will strengthen your claim.

If you’ve been injured in an auto accident in New York involving a ride-share company like Lyft or Uber, contact the dedicated and seasoned Kingston auto accident attorney at Rusk Wadlin Heppner & Martuscello, LLP for a consultation, in Kingston at 845-331-4100, or in Marlboro at 845-236-4411.