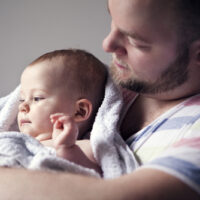 A recent article in the New York Post highlighted the complex new family law questions that can arise in a new era of legally married same-sex parents raising children, especially when adoption, sperm donation, surrogacy, and other factors enter the equation. The article discusses the case of two gay men in a same-sex marriage who donated sperm from one of the men to a lesbian couple and then split the calendar into four quarters in which they would all divide parenting duties for the child amongst themselves. The complex set-up lasted less than a year before it fell apart and disputes arose among the parties, leading to very challenging and novel questions before a family law judge. In another case, two unmarried gay men in a relationship enlisted the sister of one of the men to act as a surrogate mother using sperm provided by the other man. The men remained unmarried, and the man whose sister carried the baby did not adopt the baby. When tensions arose and the men broke off their relationship, with the biological father moving himself and the children out of state, the other man had no apparent legal rights to be involved in the lives of the children he had helped raise, and the mother had limited legal rights as well.

These cases and many others like them show that, with the rapid expansion of rights allowing for same-sex marriage and adoption, the New York courts have not necessarily had time to catch up with all the potential custody issues that may arise. Because multiple parties can be involved, some of whom have biological ties to children while others do not, it will not be uncommon for courts to encounter familial situations involving custody, visitation, support, and so on that have not necessarily been dealt with previously. What this means for family members is that there will be less certainty about the outcome of family law disputes as judges cannot always look to firmly established precedents in determining what is best for a child in a given scenario or what is fair to the various people who have played a part in the child’s life, whether as a biological father, biological surrogate mother, or a person who has acted as a father or mother to a child but has no established legal connection to the child, i.e. as an adopter of the child.

Custody determinations in New York – which include questions of both physical custody (where the child actually resides) and legal custody (the ability to direct decisions regarding the child’s welfare, e.g. education, health) – incorporate a whole host of factors, including but not to limited to: which parent has been the child’s primary caretaker; the parenting skills of each parent; the work schedules of the parents; the quality of each parent’s home environment, and so on. These have always been difficult determinations requiring a family law judge to conduct a deep analysis of the relevant facts relating to the parents and the child, and the more complicated situations described above will create ever more challenging legal scenarios.