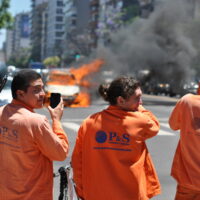 Roads which are under construction present unique dangers to drivers. New York Vehicle and Traffic Law § 1180(f) requires that drivers adhere to any specially-posted speed limit when driving through a construction or maintenance work area. In fact, law enforcement can issue fines at twice the amount of a normal speeding ticket to those who fail to maintain a safe speed in work zones. These stiff penalties discouraging excessive speed are necessary to protect the lives of those who may be working mere feet away from traffic.

Even when there is no crew working on the road or bridge at the time, the reduced speed limit is still in effect and can be enforced by police officers. While worker safety is extremely important, there are other hazards involved in driving through a construction zone. Lanes are often narrower and shoulders are often closed, requiring drivers to exhibit greater control over their vehicles. There is also a greater chance that debris from the construction project may have fallen into lanes of traffic, or that loose stones or dirt could make the road slippery. The municipal or privately-contracted workers must take all reasonable steps to keep the road free from hazards, but where a driver fails to observe laws requiring that they reduce their speed, those drivers will also be liable for their share of responsibility in causing a crash in a construction zone. When drivers speed in construction zones and are responsible for causing accidents with others on the road, evidence of the at-fault driver’s disregard of the high risks of speeding in work zones can be introduced as evidence in support of their negligence.

An accident occurring near the village of Maybrook this summer serves as an example of the dangers of speeding in a work zone. The accident occurred on Interstate 84 and left the highway closed for hours. Witnesses report that a tractor-trailer traveling at an excessive speed in a construction zone collided with multiple passenger vehicles, forcing two underneath the tractor-trailer in front of them. One woman was killed and nine others were injured in the crash.

If you have been injured in an accident with a reckless New York driver, find out if you may be entitled to money damages for your injuries by contacting the seasoned and knowledgeable Hudson Valley personal injury lawyers at Rusk, Wadlin, Heppner & Martuscello, LLP for a consultation on your case, in Kingston at 845-331-4100, and in Marlboro at 845-236-4411.