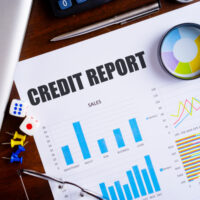 Once you’ve completed your bankruptcy, it’s important that your credit report provides an accurate reflection of the debts that have been eliminated or balances reduced. After all, your credit report has no small amount of influence in your life, and it can be used by potential employers, landlords, and creditors in ways that can have a substantial impact on your life.

Errors on credit reports are common

Unfortunately, many consumers have found that their credit reports contain major errors. In fact, the Consumer Financial Protection Bureau announced that it received complaints from some 43,000 consumers of erroneous information contained in this critical document. These errors can have real and serious consequences if left unchecked. Errors that often appear on credit reports include:

Rather than learn of an error on your credit report only after having an application for credit rejected, make sure you check your credit report regularly to learn of mistakes as soon as possible. You’re entitled to one free report from each of the three major credit reporting bureaus – Transunion, Equifax, and Experian—annually. However, if you’ve recently paid down certain large debts, completed a bankruptcy, or fear that you’ve been the victim of identity theft, you may benefit from subscribing to a credit monitoring service. If you do learn of errors, you’ll need to contact the reporting bureaus or the creditors themselves to learn the source of the error. Your New York bankruptcy or consumer law attorney can help you dispute errors on your credit report, should the company responsible refuse to remove the mistaken entry.

If you’re facing mounting consumer debt in New York and need help getting a fresh start, contact the knowledgeable and experienced Hudson Valley bankruptcy attorneys at Rusk, Wadlin, Heppner & Martuscello, LLP for a consultation, at 845-331-4100 (Kingston), or at 845-236-4411 (Marlboro).