Study Finds Driver Incapacity a Common Cause of Lane-Drift Crashes 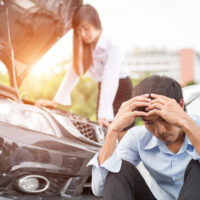 Lane-drift crashes can stem from a number of causes, including driver confusion, distraction, or incapacity. A recently-published study sought to determine the causes of these accidents, and what effect lane-departure warning systems have on reducing these dangerous car accidents.

The study, conducted by the Insurance Institute for Highway Safety (IIHS), used data gathered in 2014 by a federal agency along with evidence and eyewitness testimony from accident scenes to pinpoint what factors were most commonly present in crashes caused by a driver leaving their lane of traffic. The study used data gathered on 631 separate lane-drift crashes from which at least one car involved had to be towed, and 125 of which involved serious or fatal injuries to vehicle occupants. The study found that 34% of these accidents resulted from incapacity on behalf of one of the drivers, with 42% of all of the accidents causing serious or fatal injury attributable to incapacity. 17% of all these incapacitated drivers had fallen asleep, and 17% had become incapacitated or unconscious for another reason, such as drug or alcohol intoxication, seizure, diabetic shock, or heart attack. Another 8% of all at-fault drivers in lane-drift accidents were conscious but considered legally intoxicated. Additionally, 22% of all lane-drift accidents were found to result from the driver being distracted at the time of the crash.

Some driver incapacity is completely outside the ability of the driver to predict or control, and courts will not impose liability on a driver who had no way to know that they would suffer a heart attack or seizure. However, other forms of incapacity may be within the driver’s ability to mitigate. For example, if an attorney can prove that an at-fault driver had not slept in many hours before causing a crash after falling asleep, that driver could face additional liability for causing a crash. Likewise, a driver who knew that a prescription medication they took could make them drowsy, but who nevertheless decided to drive after taking it, could be held financially responsible for causing injury to another driver in a crash.

Many lane-departure warning systems are engineered to issue a warning sound when sensors or cameras detect that the car has left their lanes of traffic, including when the car has changed lanes without using a turn signal. However, most of these systems are not equipped to correct the vehicle’s course to keep the car in its lane. Where a driver is conscious but distracted, a noise could help them to get back in their lane prior to causing an accident. However, if the driver is not conscious or is completely incapacitated, a sounding alarm will not correct the issue. The results of this study show that, in order to be more effective in preventing crashes, lane-departure warning systems should also include lane-correction capabilities.

If you’ve been hurt in an accident in New York, find out if you might have a claim for money damages for your injuries by contacting a compassionate, skilled, and effective Kingston auto injury lawyers at Rusk, Wadlin, Heppner & Martuscello, LLP for a consultation on your case, at 845-331-4100 (Kingston), or 845-236-4411 (Marlboro).

By RWHM | Posted on November 21, 2016
Skip footer and go back to main navigation