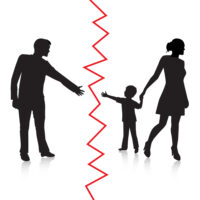 For parents who struggled to avoid fighting in front of their children while married, the thought of having to spend years interacting on a regular basis while sharing custody can sound draining. Not only do these parents want to save themselves from future conflict; they want to save their children from being in the middle of yet more fighting between their parents. However, limiting children’s opportunities to bond with both parents can do more harm than limiting their exposure to parental conflict, according to new research.

Sole physical custody might not be best for kids

Believe it or not, roughly 80% of all custody disputes tried before a judge still result in determinations that the mother should hold full physical custody of the couple’s children. Judges often reason that, by placing children in a single home rather than allowing parents to share custody, they’re providing valuable stability to the children and limiting opportunities for those children to witness their parents fighting. However, providing very limited opportunities for a child to bond with their only other parent does more harm than does conflict between parents who share custody more evenly, according to an article published by researchers at Wake Forest University.

Linda Nielsen, a professor of psychology at Wake Forest, conducted a survey of research published on the topic of shared parenting and parental conflict, looking at whether protecting children from parental conflict or encouraging relationships between children and parents had a greater impact on children’s well-being. Nielsen found that allowing parents and children to spend substantial amounts of time together is a better way to guarantee that child’s future success and happiness than shielding them from conflicts.

“The role of conflict has too often been exaggerated and should not be the determining factor in child custody decisions,” said Nielsen. She also noted, “[o]f course, it bothers kids when their parents quarrel. Conflict does matter. But what we’re saying is that the quality of your relationship with your parents matters a whole lot more than the parents’ relationship with each other.” This conclusion is in line with past research on the benefits to children of having a relationship with both parents. Children of parents who share custody “do considerably better on every measure, from school success, to fewer teen pregnancies and drug use, to having optimism for the future,” said National Parents Organization founder Dr. Ned Holstein. Parents who share children with a former spouse are advised to find ways and opportunities both to bond with their children and allow their co-parent to bond with their kids, “rather than assuming that joint physical custody is not an option,” says Nielsen.

If you’re a parent considering divorce in New York and wish to ensure that your relationship with your child is protected after the split, contact the effective and experienced Hudson Valley family law attorneys at Rusk, Wadlin, Heppner & Martuscello, LLP for a consultation, at 845-331-4100 (Kingston), or 845-236-4411 (Marlboro).

By RWHM | Posted on October 23, 2017
Skip footer and go back to main navigation