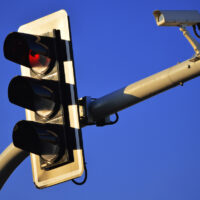 In growing numbers, cities are ending their red light camera programs under pressure from a vocal minority of people who dislike the automated violation monitors. A recent study conducted by the Insurance Institute for Highway Safety (IIHS) has discovered that red light cameras have prevented hundreds of fatal accidents across the US, and that disabling the devices causes a substantial uptick in serious and fatal injury accidents.

Over the course of 2014, roughly 126,000 individuals were injured in accidents caused by a driver running a red light. 709 of those injured died as a result of their injuries. In the majority of cases, those killed in the crash were not in the car that ran the red light, but were instead a pedestrian, cyclist, or driver who had entered the intersection on a green light. The IIHS estimates that, across the 79 cities included in its study of the effects of red light cameras, the cameras have saved nearly 1,300 lives during the years that they were in operation. While being the recipient of a red light camera ticket may feel frustrating, the cameras may be a literal life-saver for you or a loved one.

If you’ve been injured in an accident caused by a negligent or reckless driver, seek the compensation you deserve for your injuries by contacting the skilled and trial-ready Hudson Valley personal injury lawyers at Rusk, Wadlin, Heppner & Martuscello, LLP for a consultation on your case, at 845-236-4411 (Marlboro), or 845-331-4100 (Kingston).