Study Finds that Self-Driving Cars Could Save Thousands of Lives 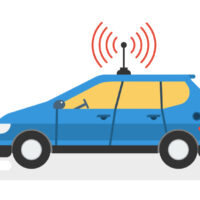 With rising numbers of fatalities on US roads and concerns about the increasing levels of distraction among American drivers, it’s clear that humans are highly flawed and fallible drivers. In fact, more than 90% of all traffic accidents are caused by human error. But with reports of accidents involving still-developing self-driving vehicle technology, are these autonomous vehicles really going to make roads safer? One recent study has concluded that, yes, self-driving cars will make roads a safer place, and waiting to roll out self-driving technology could result in thousands of unnecessary deaths.

The RAND Corporation, a nonprofit research institution, conducted the recent study. Researchers compared the likely outcome from widespread introduction of self-driving vehicle technology at various stages of the technology’s development. In essence, the researchers wanted to learn whether more people would be killed if roads were filled with cars driven by human drivers, or by vehicles that used not-yet-perfected self-driving technology. The study compared the results of introducing self-driving cars when they’re just 10% better than human drivers, when they’re 75% better, and when they’re 90% better.

Even flawed technology could save hundreds of thousands of lives

While the thought of introducing less-than-perfect autonomous vehicles onto roads in mass numbers may sound scary, the study found that far fewer lives would be lost in motor vehicle accidents if robots did the driving in lieu of humans. The study concluded that introducing the less-perfect self-driving vehicles could save thousands of lives in the next 15 years, with a savings of hundreds of thousands of lives possible over the next 30 years.

The co-author of the RAND study, Nidhi Kalra, explained, “If we wait until these vehicles are nearly perfect, our research suggests the cost will be many thousands of needless vehicle crash deaths caused by human mistakes. It’s the very definition of perfect being the enemy of good.” Co-author David Groves added, “We’ve all heard the argument that autonomous vehicles are never drunk, distracted, or tired, so they could reduce the huge number of crashes involving these factors.”

If you or someone you love has been injured in a motor vehicle accident in New York, find skilled, reliable, and professional legal help to represent you in a claim for damages by contacting a Kingston car accident lawyer of Rusk Wadlin Heppner & Martuscello, LLP for a consultation, at 845-331-4100 (Kingston), or at 845-236-4411 (Marlboro).

By RWHM | Posted on November 29, 2017
Skip footer and go back to main navigation